Karnataka set to tap the clouds yet again 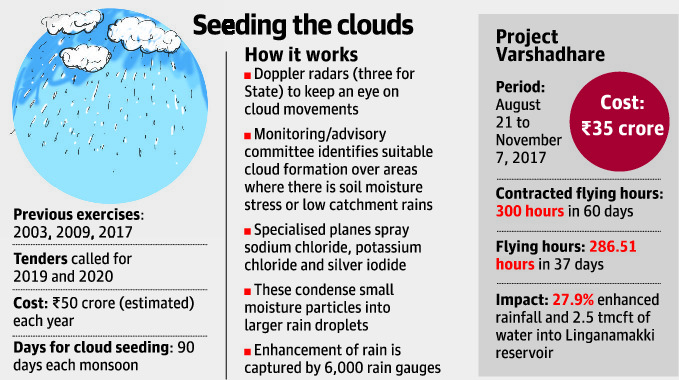 Is the Model Code of Conduct legally binding?

The flawed unit of academic quotas

Ordinance to restore the 200-point system

Rational of Judiciary for Department rather than University as Unit of Reservation:

Our courts have used the differences between ‘cadre’, ‘service’ and ‘post’ to arrive at the conclusion that ‘department’ should be unit of reservation.

So though lecturers, readers and professors in a university have the same scale and allowances in their respective cadres, they cannot be clubbed together. Since there is no scope for interchangeability of posts in different disciplines, each single post in a particular discipline is be counted as a separate post.

Issues with Reservation based on Department:

According to data compiled by the Ministry of Social Justice and Empowerment on teaching posts generated across several universities since the UGC order of March 2018 (13 point formula), of the 706 vacancies advertised by 11 central universities, only 2.5% posts were for SCs and none for STs. It is to change this situation that the present ordinance has been brought.

Moreover even with the ‘university’ as the unit, in over 40 Central universities we have huge under-representation of SCs and STs especially at the level of professor and associate professor.

Judiciary and Legislature Tussle over reservation in History:

Q.1) Which of the following compounds are used for Cloud seeding?

Bringing politics back in

The reducing likelihood of a no-deal Brexit