I hope you all are doing well. You all must be pumped up with excitement and might also have a bit of anxiety. In just a few weeks, you will have the opportunity to be one step closer to achieving your dream. I am writing in brief about my journey of UPSC until Prelims 2018. I have tried to add most of the basics as well as some specifics which helped get a good score in Prelims in the first attempt itself. Hope it helps. 🙂 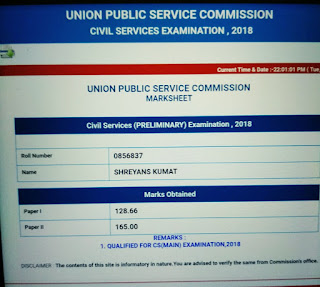 Let us start with a little introduction.

Myself, Shreyans Kumat. I come from a small town, Kishangarh near Ajmer in Rajasthan. (You might know it from the Kishangarh school of art / Bani Thani). Most of my schooling happened in Kishangarh itself. I did my graduation from IIT Bombay and worked with Ernst & Young for around two years as a Management Consultant. Thereafter, I took the plunge, left my job and started preparing for CSE. This decision wasn’t overnight. It took me almost a year. During the second year of my job, I started contemplating about Civil Services as my next career option. I explored the depth of my new found motivation for Civil Services by attending a Good Governance Yatra (Winter 2016) and a Vipassana Meditation Course. To check whether I would be able to sustain the books again, I did a dipstick (test study) by giving a read through basic books like Laxmikanth and Bipan Chandra NCERT. Then finally, I decided to leave my job.
With high opportunity cost and limited savings, I planned to be as much prepared as possible in the limited time before taking an attempt. As I was jumping into something in which I had no background, I needed some good guidance. Very few people in IIT Bombay used to be interested in this field during my stay there. After a few Facebook searches, I could find a couple of seniors for initial groundwork. Thereafter, to further get my basics right and to meet a few fellow motivated aspirants, I decided to move to Delhi.
Choosing optional was an uphill task as well as a turning point. I compared Mechanical Engineering and different Humanities optionals. Looked at syllabus length, the time required to cover, my strengths and weaknesses and past year performance of different optionals. It culminated into me taking the calculated risk of choosing Anthropology.
Now the preparation begins!!!

Start of this preparation needs two things to act as a solid foundation – an overarching plan and a booklist/source list.

Overarching Plan: It is primarily designed on one’s own strengths and weaknesses and the time at hand. The key here is to understand oneself. For example, I was not so good at memorizing, therefore I knew I would need many revisions from different perspectives. I had started my preparation in June 2017, so I planned to finish my first reading of Optional as well as General Studies standard books by December 2017. Thereafter, a revision along with the consolidation of coaching notes by February-March 2018. I had planned to start dedicated Mock-Prelims from March 2018 till one week before the final exam.

Source List: After discussion with many seniors and going through many topper talks the crux that I understood was: Limit your sources which cover most of the syllabus and revise as much as possible.

After my first revision, I got skeptical. I asked one of my seniors, “if so many people are studying the same thing over and over for so many months, would I ever be in a position to compete with them ?”
He replied, “Yes, they would be better placed in terms of the memory of the subject. You can achieve that by ensuring good coverage of syllabus and multiple revisions like you have planned. But most important aspect after that would be to practice tests and prepare yourself for the D-Day which is almost similar for everyone.”
Preparing for the D-Day!!!
The most important aspect in the preparation of Prelims is simulating it over and over before the final day. Learning from the mistakes and improving week by week.
Test Series: Vajiram and Ravi (got along with coaching), Vision IAS from the market, 1-2 random full test from Insights on India, ForumIAS for a change.
Apart from the test series, I had put extreme emphasis on the analysis of Past 5-years UPSC papers manually. I made it a point to refer to the answer keys released by UPSC. Many insights came out from the analysis. Also, specific topics on which UPSC has repeatedly asked got reinforced in my mind. This also triggered my subconscious mind to be more alert which revising or web-surfing those topics.
Test Series and PYQP analysis also helped in becoming better at smart guessing which made me confident of scoring above average even though the competition was with people who were much more experienced than me in terms of CSE Prelims.
Structuring the process of mock-Prelims played a crucial role for me. I used to take time-bound tests in the morning (timings similar to UPSC). It helped in setting the bio-clock and achieve maximum concentration during tests. While taking the test, I used to mark the questions into three different categories:
I used this structure-based-mock for analysis of my performance and course correction: If I was not doing good in ‘the Ticks’ – would imply my concentration was not up to the mark and I was committing silly mistakes. If I was doing bad in ‘the circles’ – would imply I need more revisions and some concepts might not be clear. Also, I might have attempted question which I should have crossed.
The continued analysis helped me improve for the D-Day. Also, discussion of analysis with my friend regularly helped me in understanding other approaches. This improved my guessing skills.
When I had started taking tests, I used to score around 50, slowly it improve to 80, then 100 and near Prelims I was able to hit 120s. I kept my attempts around ~85-95 question in search of a comfortable score. Finally, in Prelims 2018, I attempted 91 questions.
Along with tests, parallel repeated revision of the notes and current affairs helped in gaining confidence. Proper mindset before the final exam helped me remain calm and composed before and during the examination. I hope my experiences would help you in some way or the other in your preparation for your D-Day.
2019 D-Day arriving!!!
Approximately 35 days more to go for this year’s Prelims. Time to shift gears and push nitro boosters as soon as possible. This last-minute preparation should be planned in a way that we perform your 100% on the final day.
If we are doing anything less, there are thousands who would be better than us. So buckle up, acclimatize yourself for the ascent. Take all the gears which are required and march on the exciting trek of last one month.
Points to remember:

Finally, Some parting words for now:

You have given it all in the at least last one year to this preparation and have already gained a lot in terms of knowledge and character. June 2 is just another normal day when you will be asked to apply your knowledge for those 4 hours. Keep it cool (think about the pressure Dhoni faced in the world cup final. Our pressure is nothing compared to him and he was able to maintain composure and win it as well).

Anxiety before the exam is normal. Each and every aspirant, irrespective of attempts, would face it. If you aren’t anxious, maybe you aren’t serious about the attempt. A small amount of anxiety is healthy. Don’t get demotivated by it. All we have to aim for is giving our best on the final day. A beautiful children’s poem by Barbara Vance puts it as:

If you always try your best, Then you’ll never have to wonder About what you could have done If you’d summoned all your thunder.
And if your best was not as good, As you had hoped it would be,
You could still say, “I gave today All that I had in me”
Keep your hopes high and have a receptive mind in this last month. Surround yourself with positivity. Meditate for some time and sleep well during the coming nights.
Best wishes and loads of luck from my side for the final day. May you do your best and emerge victorious for the next battle. Yalgaar ho!

His telegram channel: t.me/shreyansupsc. He is regularly sharing his sample notes and strategy on it. 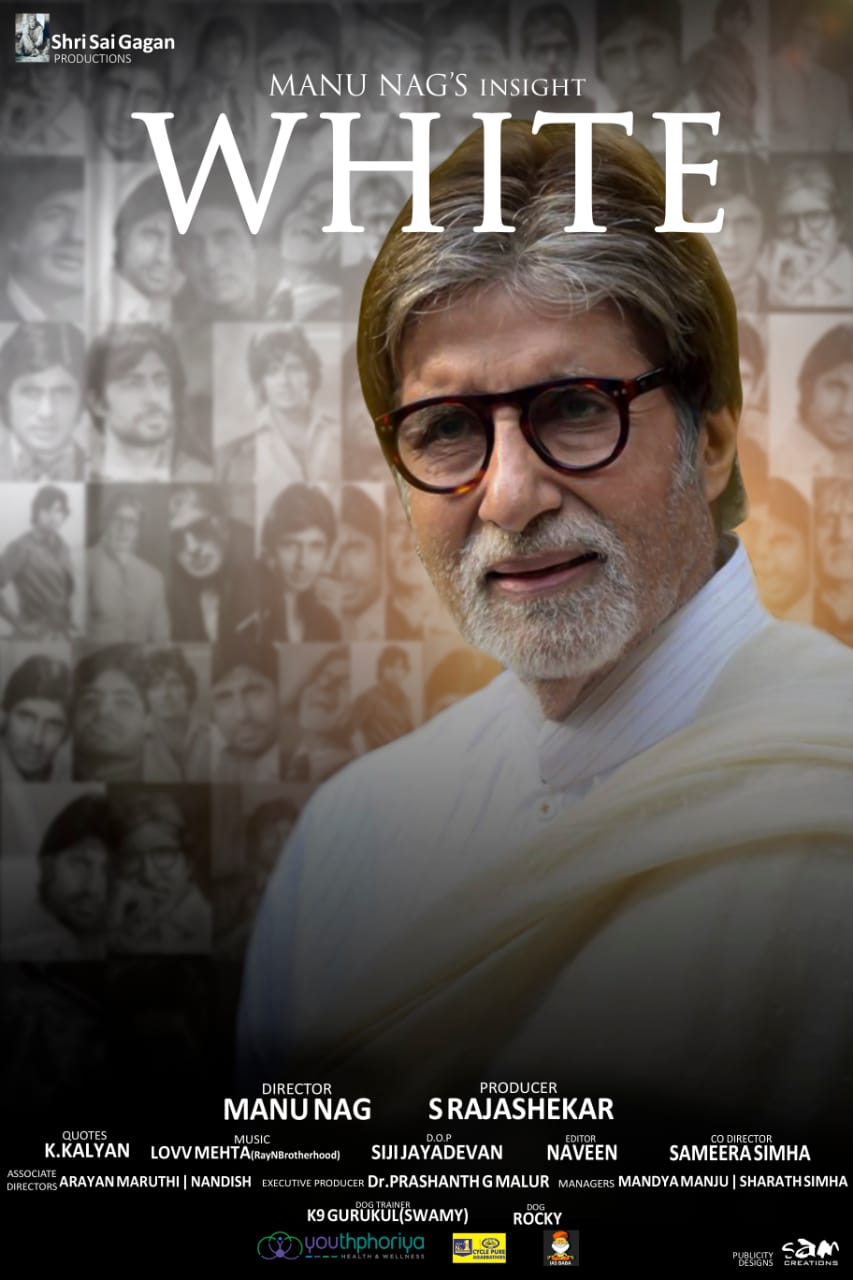