In News: A woman was shot dead and dozens injured in the Venezuelan capital Caracas, in clashes between opposition supporters and pro-government forces. Tear gas and water cannon were fired by the military amid rival demonstrations.

A slow-simmering political crisis that has gripped Venezuela for months appeared to be coming to a head this week as opposition politicians issued a direct challenge to the authority of President Nicolás Maduro.

The leader of the opposition, Juan Guaidó, called for a military and popular uprising to oust Mr. Maduro from office, triggering a day of protest that turned violent but later fizzled. Mr. Maduro characterized the action as unconstitutional, while Mr. Guaidó maintained it was a necessary move to restore legitimacy to the presidency.

Why is the presidency disputed?

Why is it all coming to a head now?

Who is Juan Guaidó?

How did Venezuela get this bad?

Some of the problems go back a long time. However, it is President Maduro and his predecessor, the late President Hugo Chávez, who find themselves the target of much of the current anger.

Their socialist governments have been in power since 1999, taking over the country at a time when Venezuela had huge inequality. But the socialist polices brought in which aimed to help the poor backfired. Take price controls, for example. They were introduced by President Chávez to make basic goods more affordable to the poor by capping the price of flour, cooking oil and toiletries. But this meant that the few Venezuelan businesses producing these items no longer found it profitable to make them.

Critics also blame the foreign currency controls brought in by President Chávez in 2003 for a flourishing black market in dollars. Since then, Venezuelans wanting to exchange bolivars for dollars have had to apply to a government-run currency agency. Only those deemed to have valid reasons to buy dollars, for example to import goods, have been allowed to change their bolivars at a fixed rate set by the government.

With many Venezuelans unable to freely buy dollars, they turned to the black market.

What are the biggest challenges today?

In the once prosperous nation, people now find themselves unable to provide for their most basic needs. Hunger is widespread and children are dying of malnutrition. The country’s public health care system has collapsed and prolonged electricity outages are common.

The crisis has also triggered a vast regional migration as Venezuelans flee the country’s dire conditions, straining the resources of neighboring nations. Some 3.4 million people have left Venezuela since 2014, according to the United Nation’s immigration authority, the majority settling in Colombia, Peru, Chile and Ecuador. And as the political stalemate continues, little has been done to rectify the situation for everyday Venezuelans.

Know more about the country 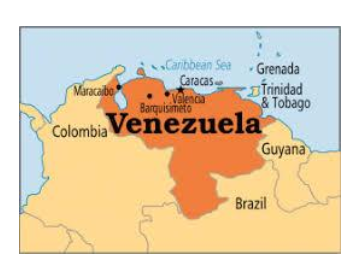