In News: Facing pressure from Tamil Nadu against the draft National Education Policy’s recommendation for teaching Hindi in all the States, the Union government has issued a modified draft leaving out a controversial clause.

The formula, the opposition

What is the formula?

It is commonly understood that the three languages referred to are Hindi, English and the regional language of the respective States. Though the teaching of Hindi across the country was part of a long-standing system, it was crystallised into a policy in an official document only in the National Policy on Education, 1968. This document said regional languages were already in use as the media of education in the primary and secondary stages. In addition, it said, “At the secondary stage, State governments should adopt and vigorously implement the three-language formula, which includes the study of a modern Indian language, preferably one of the southern languages, apart from Hindi and English in the Hindi-speaking States.” In the ‘non-Hindi speaking States’, Hindi should be studied along with the regional language and English. It added: “Suitable courses in Hindi and/or English should also be available in universities and colleges with a view to improving the proficiency of students in these languages up to the prescribed university standards.”

What is the backdrop to the Hindi imposition row?

The State has been traditionally opposed to any attempt to introduce Hindi as a compulsory language of learning or administration. The origin of the linguistic row, however, goes back to the debate on official language. In the Constituent Assembly, Hindi was voted as the official language by a single vote. However, it added that English would continue to be used as an associate official language for 15 years. The Official Languages Act came into effect on the expiry of this 15-year period in 1965. This was the background in which the anti-Hindi agitation took place. However, as early as in 1959, Jawaharlal Nehru had given an assurance in Parliament that English would continue to be in use as long as non-Hindi speaking people wanted it.

The Liguistic Inequality we saw

The three-language formula was a prudent way to resolve the vexed issue of English and the various modern Indian languages, or bhashas. It respected the primacy of the state/regional languages, while recognising the emerging utility of Hindi as a bridge among Indian languages and that of English as a bridge to the world outside India. Sadly, the formula was never practiced in its true spirit. The Hindi belt states found ways to circumvent it.

Instead of getting Hindi-speaking children to learn, say Tamil or Marathi or Bengali, they started using perfunctory teaching of Sanskrit (or, in a few cases Urdu) to meet the formality of the third language. So, in reality, the three-language formula meant that non-Hindi-speakers learnt Hindi while Hindi speakers learnt no other modern Indian language. This inequality has naturally caused heartburn.

DNPE – The Step that was most awaited, because … 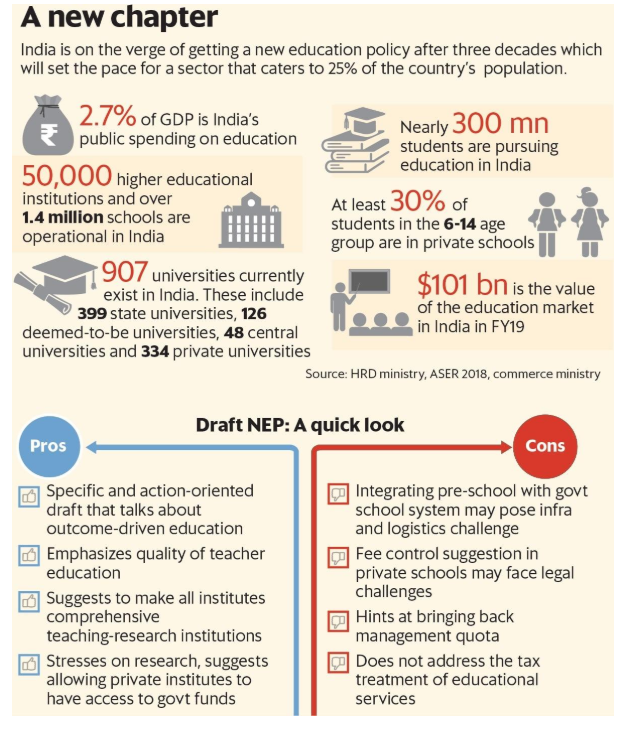