So far, 167 children have died in Bihar, with Muzaffarpur recording 117 deaths. Other districts include Vaishali (19), Motihari (12), Begusarai (8), Samastipur (8), and one each in Arrah, Sheohar and Purnia.

Three issues emerge out of these concurrent flare-ups.

The confusion over what has killed over 100 children in Bihar is a symptom of the gangrenous rot in public healthcare in India. While even doctors are casually bandying about the term Acute Encephalitis Syndrome (AES) to talk about the disease that has repeatedly struck one of the poorest regions in the country, the fact is untrained health workers may use the term AES to talk about an undiagnosed brain disease which manifests symptoms like convulsions, loss of consciousness, etc. But when doctors use the phrase after a 100 deaths, it is a worrying sign—the doctors themselves are not sure of what they are dealing with.

While experts agree that a host of diseases and ingestion of certain toxins exhibit the symptoms seen in the current outbreak in Bihar, the fact that over 300 children have been hospitalised should have immediately pointed at lines of investigation to ascertain cause. Instead, there is confusion, with senior doctors at one of the major treatment hospitals in Bihar calling it a case of heat-wave related morbidity while a set of researchers who studied past outbreaks in the region believe it to be litchi-toxicity related critical hypoglycemia.

Irrespective of whether a biological agent or malnutrition is to blame, Bihar’s poor track record in ensuring that the poorest have access to adequate nutrition and distrust in the public health care system are major causes for the deaths.

The Numbers are Unsettling

Healthcare Resources: In terms of healthcare resources, each doctor in Bihar serves an average population of 28,391, and in Uttar Pradesh, the average is about 20,000 per doctor. To put this in context, each doctor in Tamil Nadu serves about 9,544 people. Bihar has one hospital bed per 8,645 people and Uttar Pradesh has 2,904 people per bed. Tamil Nadu has 899 people per bed.

Total Expenditure on Health: Despite such skewed numbers, only 3.94 percent of Bihar’s total expenditure is for health, the second lowest after Haryana.

At a time when public health in India languishes amidst shortages of doctors and inadequate infrastructure and government spending remains low, it is important to recognise the Bihar child deaths as a preventable tragedy. With this in mind, state governments failing to make the most of what is accorded to them for public health, must be held to account.

We must make the recent deaths in Bihar a turning point for prioritising public health in India! 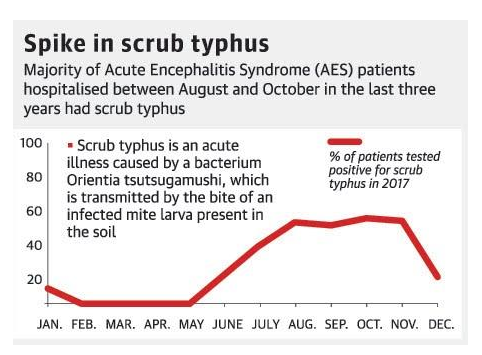 Must Read: Enhancing the Health Infrastructure of the Country