Status of refugee in India:-

CPCB pulls up 52 firms over handling of waste

Part of Prelims and mains GS III Environment and ecology

The Central Pollution Control Board (CPCB) has pulled up 52 companies, including Amazon, Flipkart, Danone Foods and Beverages and PatanjaliAyurved Limited, for not specifying a time line or a plan to collect the plastic waste that results from their business activities.

DRDO gets clearance for missile test facility in A.P.

The Ministry of Environment, Forest and Climate Change (MoEFCC) has granted environment and Coastal Regulatory Zone clearances for setting up Missile Testing Launch Facility on the Bay of Bengal coast and Technical Facility at Gullalamoda village in Krishna district.

Krishna Wildlife Sanctuary is in Krishna district of Andhra Pradesh

Honour for ‘Plan Bee’ that helped save jumbos

Part of Prelims and mains GS III Environment and ecology 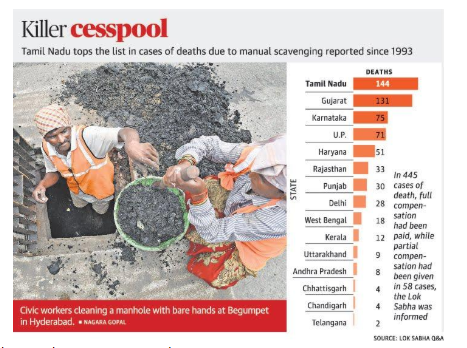 Recently Karnataka government has announced for providing 1% reservation for girl children of women who were victims of sexual assault or were Devadasis in all State-run universities.

It will be enforced by universities in the 2019-2020 academic year in all undergraduate and postgraduate programmes.

The conviction of prominent pro-LTTE politician Vaiko on the charge of sedition, based on a typically impassioned speech he had made in Chennai a decade ago, is a worrying development. Even though Section 124A, the IPC section that makes sedition an offence, attracts either a three-year term or imprisonment for life, the trial court sentenced him to a somewhat lenient one-year jail term.

Sedition has been defined in Indian Penal Code under section 124A:

It gurantees freedom of speech and expression subject to reasonable limitations under Article 19(2) on the grounds of,

Section 124A should be scrapped

In recent years, there has been an alarming rise in sedition charges being used to quell political dissent. In a modern democracy like India, there no need of restrictions on freedom of speech based on political concepts.

What do you understand by sedition? Critically comment on the way section 124a is being used politically.

A shot at economic logic

The 12th Extra-Ordinary Summit of the African Union (AU) which concluded on July 8 at Niamey, the capital of the Niger Republic, saw 54 of 55 of its member states signing the African Continental Free Trade Agreement (AfCFTA) for goods and services.

What is African Continental FTA?

The 18th session of the African Union, held in Addis Ababa, Ethiopia in 2012 adopted a decision to establish a Continental Free Trade Area (CFTA) by 2017.

Most of the African countries signed the African Continental Free Trade Area and the Protocol establishing the African Economic Community in Kigali, Rwanda in 2018. This led to the Kigali Declaration.

If taken to its logical conclusion, this audacious project would eventually create an African Common Market of 1.2 billion people and a GDP of over $3.4 billion — the metrics are comparable to India’s. The AfCFTA would be world’s largest FTA, and in a world dependent on African markets and commodities, it would have global impact.

Analyse the significance of the African Continental Free Trade Agreement (AfCFTA) for India and the world.

Q.1) Consider the following statements about The Plastic Waste Management Rules, 2016, (which was amended in 2018),

Q.2) Section 124A of the Indian Penal Code frequently seen in news is related to,

Going electric: on plans to switch to electric vehicles