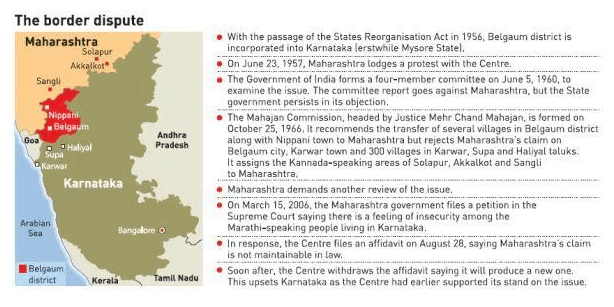 Summary  of the Mahajan committee report:

Response to the report:

Maharashtra wanted to apply following points and agreed to hand over Kannada majority villages to Karnataka: