There is a perception that the amendment in SPG Act is being brought only for the purpose to remove the SPG security cover for the Gandhi family. Opposed to that, the Gandhi family’s security level was not being removed but was changed from SPG to Z+ with ASL (Advance Security Liaison) and 24X7 Ambulance provision. This has been done on the basis of threat perception as per the original version of the law and the family’s security cover is at par with that of the HM, Defence Minister etc.

Dadra and Nagar Haveli and Daman and Diu (Merger of Union Territories) Bill, 2019

There will be no change in administration and service conditions and reservation. Similarly, there will be no change in the status of Group III and IV employees. The merger would bring about administrative convenience, speedy development and effective implementation of central and state government schemes. The new entity would be called the UT of Dadra and Nagar Haveli and Daman and Diu and would be governed under the jurisdiction of the Bombay High Court.

There are certain tribal communities who have declining or stagnant population, low level of literacy, pre-agricultural level of technology and are economically backward. These groups are among the most vulnerable section of our society as they are few in numbers, have not attained any significant level of social and economic development and generally inhabit remote localities having poor infrastructure and administrative support.  75 such groups have been identified and categorized as Particularly Vulnerable Tribal Groups (PVTGs).

The Plan aims at reduction of adverse consequences of drug abuse through a multi-pronged strategy.

The activities under the NAPDDR, inter-alia, include

The Asian Development Bank (ADB) and the Government of India signed a $206 million loan to develop water supply and sewerage infrastructure in 5 cities of Tamil Nadu and strengthen capacities of urban local bodies (ULBs) for improved service delivery.

This is the second project loan for the ADB-supported $500 million multi-tranche financing for Tamil Nadu Urban Flagship Investment Programme, approved in September 2018 that will overall develop climate-resilient water supply, sewerage, and drainage infrastructure in 10 cities of Tamil Nadu. The first project under the Programme with $169 million financing is currently under implementation.

(Topic: Effect of policies and politics of developed and developing countries on India’s interests)

India sees Sweden as a key partner in its Make in India, Start-up India, Clean India, Digital India and Smart City programmes. Swedish companies have made significant investment in India. There is potential for them to do a lot more, especially in clean technologies, circular economy, water partnership and next generation infrastructure.

Defence: India’s growth and potential in the defence sector also presents significant opportunities for Swedish companies to manufacture in India for the domestic market and for exports.

Technology: An impressive number of Indian companies have invested in Sweden especially in the areas of IT and technology solutions. Three agreements in the fields of polar research, science and technology and sea-faring were exchanged in the presence of the President and the Swedish King.

Climate Change: Both India and Sweden are committed to tackling climate change. The co-leadership in the Industry Transition Track would be very helpful to the cause. Invitaion was extended to Sweden to join the International Solar Alliance. India is also keen to engage with Sweden in the Arctic region.

The world of machine-intelligence must be accompanied by equity, for meeting basic needs of people, to protect our natural resources and to preserve our planet. India wants to engage with Sweden on circular economy, resource efficiency and climate-smart models.

Aim: To empower women in agriculture by making systematic investments to enhance their participation and productivity, as also to create and sustain their agriculture-based livelihoods.

Promotion to Manufacturing of Electric Vehicles

Based on outcome and experience gained during the Phase-I of FAME India Scheme and after having consultations with all stakeholders including industry and industry associations, the Government notified Phase-II of FAME India Scheme on 8th March 2019, which is for a period of three years commencing from 1st April 2019 with a total budgetary support of Rs. 10,000 crore. This phase will mainly focus on

Under Phase-II of FAME-India Scheme, incentives is being provided to the consumers on purchase of electric vehicles, used for public transport or those registered for commercial purposes in e-3W, e-4W (including Strong Hybrid) segment however, privately owned registered e-2W are also be covered under the scheme.  The demand incentive to these electrical vehicles is linked to battery capacity i.e. Rs. 10,000/KWh subject to capping of 20% cost of these vehicles. Demand incentive is restricted to vehicles with prices less than the threshold value which is Rs 1.5 Lakh for e-2W, 5 lakh for e-3W and 15 Lakh for e-4W.

The ‘Blue Flag’ beach is an Eco-tourism model endeavouring to provide to the tourists/beach goers clean and hygienic bathing water, facilities/amenities, safe and healthy environment and sustainable development of the area.

The Ministry has embarked upon a programme for ‘Blue Flag’ Certification for select beaches in the country. This Certification is accorded by an international agency “Foundation for Environment Education, Denmark” based on 33 stringent criteria in four major heads i.e.

(i) Environmental Education and Information

(iv) Safety and Services in the beaches

13 pilot beaches that have been identified for the certification, in consultation with concerned coastal States/UTs:

The National Tiger Conservation Authority in collaboration with the Wildlife Institute of India has published a document titled “Connecting Tiger Populations for Long-term Conservation”, which has mapped out 32 major corridors across the country, management interventions for which are operationalised through a Tiger Conservation Plan, mandated under section 38V of the Wildlife (Protection) Act, 1972.

Exercise Mitra Shakti -VII: 2019 – Aimed at enhancing interoperability and operational efficiency amongst the armies of both India and Sri Lanka when deployed as part of United Nations peace keeping forces

Compressed Bio-Gas (CBG) can be produced from biomass and organic waste sources including paddy stubble. Compressed Bio-Gas has properties similar to the commercially available natural gas and can be used as an alternative renewable fuel.

The maternity benefits under Pradhan Mantri Matru Vandana Yojana (PMMVY) are available to the eligible beneficiaries for first living child. Normally, the first pregnancy of a woman exposes her to new kinds of challenges and stress factors. Hence, the scheme provides support to the mother for safe delivery and immunization of her first living child.

A multi-pronged strategy to address the issue of road safety based on Education, Engineering (both of roads and vehicles), Enforcement and Emergency Care

The Motor Vehicles (Amendment) Act, 2019 focuses on road safety and includes, inter-alia, stiff hike in penalties for traffic violations and electronic monitoring of the same, enhanced penalties for juvenile driving, computerization/automation of vehicle fitness and driving, tests, recall of defective vehicles, extending the scope of third party liability and payment of increased compensation for hit and run cases etc.

His autobiography: Waiting for a Visa

Ambedkar was trained as an economist, and was a professional economist until 1921, when he became a political leader. He wrote three scholarly books on economics:

The Reserve Bank of India (RBI), was based on the ideas that Ambedkar presented to the Hilton Young Commission.

While practising law in the Bombay High Court, he tried to promote education to untouchables and uplift them. His first organised attempt was his establishment of the central institution Bahishkrit Hitakarini Sabha, intended to promote education and socio-economic improvement, as well as the welfare of “outcastes”, at the time referred to as depressed classes. For the defence of Dalit rights, he started five periodicals –

Manusmriti Dahan Din: In a conference in late 1927, Ambedkar publicly condemned the classic Hindu text, the Manusmriti (Laws of Manu), for ideologically justifying caste discrimination and “untouchability”, and he ceremonially burned copies of the ancient text. On 25 December 1927, he led thousands of followers to burn copies of Manusmrti. Thus, annually 25 December is celebrated as Manusmriti Dahan Din (Manusmriti Burning Day) by Ambedkarites and Dalits.

Kalaram Temple movement: About 15,000 volunteers assembled at Kalaram Temple satygraha making one of the greatest processions of Nashik. The procession was headed by a military band, a batch of scouts, women and men walked in discipline, order and determination to see the god for the first time. When they reached to gate, the gates were closed by Brahmin authorities.

In 1932, British announced the formation of a separate electorate for “Depressed Classes” in the Communal Award. 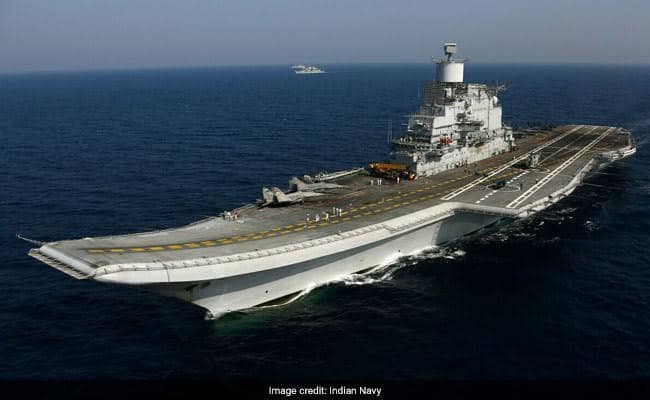