In this Act, unless the context otherwise requires —

(a) “premises” means any land, building or part of a building and includes a hut, shed or other structure or any part thereof;

(b) “Prescribed” means prescribed by rules made under this Act;

(c) “Vehicle” means any vehicle used or capable of being used for road transport, whether propelled by mechanical power or otherwise

Citing the powers conferred by Section 3 and Section 17A of the Census Act 1948, the Central Government issued the notification declaring that the house-listing operation of the Census of India 2021 shall take place from April 1, 2020, to September 30, 2020. 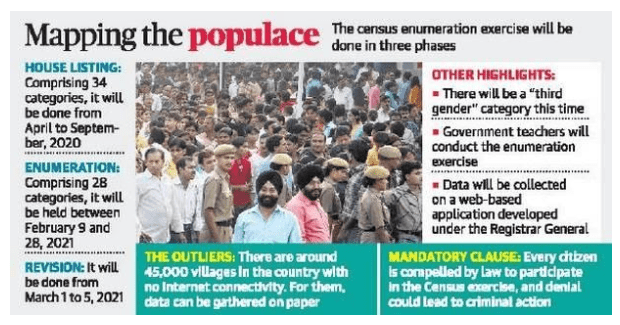 First Digital Census: The data collected during the 2021 Census will be stored electronically. An individual’s household data is not published by the RGI. They are published in the form of tables on the Census website. The data is preserved for 10 years and then it is destroyed. From 2021 Census it will be stored forever in electronic format.

Caste: Census 2021 is unlikely to collect “caste wise” data as a similar exercise conducted in 2011 by another ministry threw up about 40 lakh caste names that were difficult to tabulate.

Third Gender inclusion: The option of “Other” under the gender category, which roughly 5 lakh people marked in 2011, is now “Third Gender”.

However, there is a need to improve the Civil Registration System – especially on registration of birth and death in remote areas, and strengthening sample registration system for estimating the data namely, infant mortality rate, maternal mortality ratio and fertility rates.

Answer: Not counting caste in census has been part of a calculated silence over upper caste domination in India. Do you agree? Discuss. 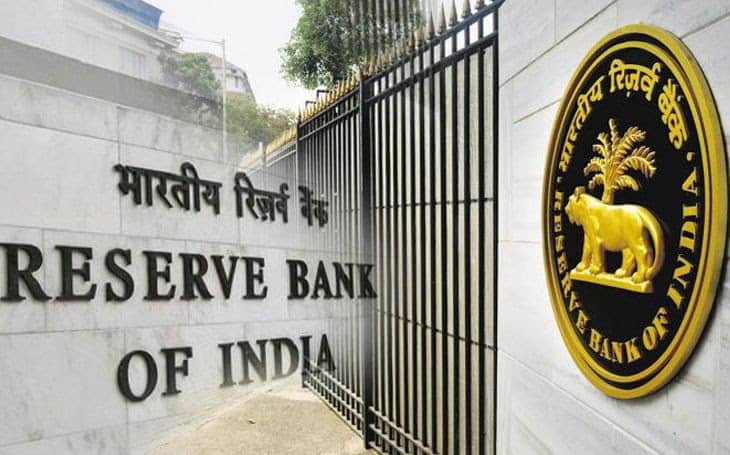