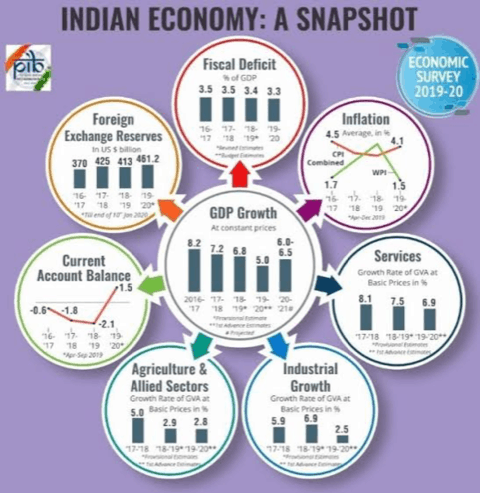 WEALTH CREATION: THE INVISIBLE HAND SUPPORTED BY THE HAND OF TRUST

Exponential rise in India’s GDP and GDP per capita post-liberalisation coincides with wealth generation. Also, the liberalized sectors grew significantly faster than the closed ones.

ENTREPRENEURSHIP AND WEALTH CREATION AT THE GRASSROOTS

A 10% increase in registration of new firms in a district yields a 1.8 % increase in Gross Domestic District Product (GDDP). Entrepreneurship at district level has a significant impact on wealth creation at the grassroots.

Literacy and education in a district foster local entrepreneurship significantly:  New firm formation is the lowest in eastern India with lowest literacy rate (59.6 % as per 2011 Census).

Viewed from the lens of the Stock market, creative destruction increased significantly post-liberalisation:

Pro-crony policies such as discretionary allocation of natural resources till 2011 led to rent-seeking by beneficiaries while competitive allocation of the same post 2014 ended such rent extraction.

UNDERMINING MARKETS: WHEN GOVERNMENT INTERVENTION HURTS MORE THAN IT HELPS

Creating Jobs and Growth by Specializing in Network Products

Q.2) Beijing Declaration often seen in news is related to which of the following field?

About Corona virus impact on China: