Rainfall to increase over next 100 years

Karnataka and 9 other states accounts for 65% of TB cases 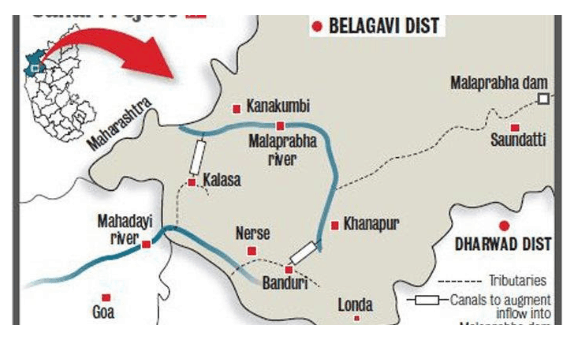 Death of four tigers in Mhadei, Goa, and the arrest of the locals who poisoned the animals after their complaints were not attended by forest authorities

As a result, CM of Goa stated to demarcate and fence the borders of the wildlife sanctuaries in order to end 80 per cent of the problem. Although the intentions are good, this isn’t a solution.

Fencing is not the solution but alternative measures like:

The solutions are simple: Inclusive development with a long-term vision that cares for the environment. We need to involve local communities who will be the custodians of the tigers and tigers who can, in turn, provide the communities much-needed development in such remote areas.

Did You know about these Innovative practices to minimise man-animal conflicts ?

The bill was introduction of in Lok Sabha during the winter session of Parliament. The Bill was referred to a joint parliamentary committee, which is currently engaged in a process of public consultation.

The draft law is a comprehensive piece of legislation that seeks to give individuals greater control over how their personal data is collected, stored and used.

The Bill also establishes a Data Protection Authority for the same.

Some of the other features of the bill are:

Applicability: The Bill governs the processing of personal data by: (i) government, (ii) companies incorporated in India, and (iii) foreign companies dealing with personal data of individuals in India.

Rights of the individual: This includes Right to

Transfer of data outside India:

Sharing of non-personal data with government:

Exemptions: The central government can exempt any of its agencies from the provisions of the Act in interest of security of state, public order, sovereignty and integrity of India and friendly relations with foreign states,

Amendments to other laws: The Bill amends the Information Technology Act, 2000 to delete the provisions related to compensation payable by companies for failure to protect personal data.

Q 1. For short-term climatic predictions, which one of the following events, detected in the last decade, is associated with occasional weak monsoon rains in the Indian sub-continent?

Q 2. According to the World Health Organisation (WHO), the disease which causes the death of the largest number of people today is

Q 3. Which one of the following antimicrobial drugs, is suitable for treatment of both tuberculosis and leprosy?

Q 4. Where is the famous Vijaya Vittala temple having its carved pillars emitting musical notes and Virupaksha temple located?

About Trumps Visit and Indo-US relationship: