The NDD is implemented with an objective to reduce the prevalence of Soil Transmitted Helminths (STH), commonly called the parasitic intestinal worms, among all children and adolescents.

Launched in 2015, the NDD is the largest public health program implemented on a single day reaching crores of children and adolescents through two NDD rounds every year. This year today, 19 states took up activities to reach 9.35 crore of the target population.

Implemented in collaboration with the Ministry of Women and Child Development and Ministry of Human Resource Development, NDD is a key intervention of Anemia Mukt Bharat. Its success and impact lie in convergence with the Swachh Bharat Mission. NDD presents opportunities to further policy dialogue on health and nutrition as a way of supplementing efforts under POSHAN Abhiyaan.

Deworming through Albendazole is an evidence-based, globally-accepted, effective solution used to control worm infections in all children. However, it can have minor side effects and some children, especially those with high worm infections, might experience nausea, mild abdominal pain, vomiting, diarrhea, and fatigue.

The Amendment Act, inter-alia, provides for complete prohibition of work or employment of children below 14 years of age in any occupation and process and prohibition of adolescents in the age group of 14 to 18 years in hazardous occupations and processes.

The Amendment Act also provides for stricter punishment for employers for violation of the Act and has made the offence as cognizable.

After strengthening the legislative framework through amendment in Child Labour Act, the Government has also framed the Child Labour (Prohibition & Regulation) Amendment Rules, 2017 which, inter-alia, specifies the duties and responsibilities of State Governments and District Authorities to ensure effective enforcement of the provisions of the Act. The Government has also devised a Standard Operating Procedure as a ready reckoner for trainers, practitioners and enforcing and monitoring agencies.

PENCIL (Platform for Effective Enforcement for No Child Labour)

To ensure the effective enforcement of the provisions of the Child Labour Act and smooth implementation of NCLP Scheme, a dedicated online portal named PENCIL (Platform for Effective Enforcement for No Child Labour) is developed in order to make the NCLP successful through better monitoring and implementation. The Portal connects Central Government to State Government(s), District(s), all Project Societies and the general public.

“State of the World’s Children Report 2019”of UNICEF

Major causes of child mortality in India are:

Globalization, urbanization, inequities, humanitarian crises and climate shocks are driving unprecedented negative changes in the nutrition situation of children around the world.

Schemes by Government of India to tackle this crisis –

Prime Minister Overarching Scheme for Holistic Nourishment (POSHAN): To prevent and reduce stunting, underweight and low birth weight by 2% per annum and the reduction of anaemia by 3% per annum.

Highlights of Annual Report of PMJAY

Steps Taken by the Ministry of Home Affairs for Police Modernization

While ‘Police’ and ‘Public Order’ are State Subject as per schedule VII to the constitution of India, in order to supplement the efforts of the States for equipping and modernizing of their police forces, under the scheme of ‘Assistance to States for Modernisation of Police’ {erstwhile scheme of Modernisation of Police Force (MPF)}, the States have been provided central assistance for training gadgets, advanced communication, police buildings, police housing, mobility, and forensic equipment etc. as per the proposals of the State Governments in accordance with their strategic priorities and requirements.

The Union Government has created an all India digital network –Crime & Criminal Tracking Networking System (CCTNS) in 15152 out of 15985 police stations of the country which has digitised police processes like registering complaints, FIRs, Investigation details, etc. 100% FIRs are being recorded in 14,992 police stations.

Launched Interoperable Criminal Justice System (ICJS) which integrates the process of speedy justice by facilitating data-exchange between the courts, police, prosecution, jails and the forensic laboratories

With a view to achieve the objectives of completion of police investigation within two months of filing FIR by police for sexual assaults, Government has facilitated monitoring of timelines in police investigation through the Investigation Tracking System for Sexual Offences (ITSSO) Portal, using CCTNS data. ITSSO is available to law enforcement agencies and gives details on pending cases.

The MoU will strengthen the existing friendly relations between India and Iceland and will enhance consultation and cooperation on Fisheries including consultation on bilateral issues.

Impact: Updation of preamble text and inclusion of Principal Purpose Test, a general anti abuse provision in the Double Taxation Avoidance Agreement (DTAA) will result in curbing of tax planning strategies which exploit gaps and mismatches in tax rules.

The existing Double Taxation Avoidance Agreement (DTAA) between India and Sri Lanka was signed on 22nd January, 2013 and entered into force on 22nd October, 2013. India and Sri Lanka are members of the Inclusive Framework and as such are required to implement the minimum standards under G-20 OECD BEPS Action Reports in respect of their DTAAs with Inclusive Framework countries. Minimum standards under BEPS Action 6 can be met through the Multilateral Convention to Implement Tax Treaty Related Measures to Prevent Base Erosion and Profit Shifting (MLI) or through agreement bilaterally. India is a signatory to the MLI.

(Topic: Agreement with other countries)

Neel Kranti (Blue Revolution) plan to triple the country’s earning from fish exports; aims at increasing fish production by 50 per cent to 15.2 million tons and triple the export earnings through the same to Rs 1 lakh crore by year 2020.

The major components of the CSS on Blue Revolution scheme are as under:

vii. National Fisheries Development Board and its activities(NFDB)

What is it: An environmental treaty under the aegis of United Nations Environment Programme

As the host, India shall be designated the President for the next three years.

The Indian sub-continent is also part of the major bird flyway network, i.e, the Central Asian Flyway (CAF) that covers areas between the Arctic and Indian Oceans, and covers at least 279 populations of 182 migratory water bird species, including 29 globally threatened species.

Migratory species of wild animals move from one habitat to another during different times of the year, due to various factors such as food, sunlight, temperature, climate, etc. The movement between habitats, can sometimes exceed thousands of kilometers/miles for some migratory birds and mammals. A migratory route will typically have nesting sites, breeding sites, availability of preferred food and requires the availability of suitable habitat before and after each migration.

Actions that target climate change and air pollution at the same time pose a win-win situation. The two sides recognized that such actions should be stepped up, and agreed to work together to raise this agenda.

Improvement in Sex Ratio: As per Census conducted by Registrar General of India, the trend in sex ratio has improved to 943 in 2011 from 926 in 1991.

As per National Cancer Registry Program data of Indian Council of Medical Research (ICMR), the estimated number of incidence of Breast and Cervical cancer for the country during the last three year is given below:

Health is a State subject and the Central Government supplements the efforts of the State Governments to prevent and control cancer.

National Programme for Prevention and Control of Cancer, Diabetes, Cardiovascular Diseases and Stroke (NPCDCS) – Awareness generation for Cancer prevention, screening, early detection and referral to an appropriate level institution for treatment. For cancer the focus is on three cancers, namely breast, cervical and oral.

This exercise will provide a platform for member states

In order to bring in a feel of real disaster scenario,  “simulated exercise sites including villages & Heritage Site (Konark Sun Temple)”were set up at Ramachandi Beach in Puri to depict flooded localities and houses due to the flood disaster. Large number of simulated dummy structures including multi-storied buildings and houses were erected in inundated condition with marooned people & livestock at the exercise site to reflect the real disaster scenario and ultimately it was helpful to all the participating teams to become familiar to preserve the damage cultural heritage during disasters.

Pradhan Mantri Krishi Sinchayee Yojana (PMKSY-PDMC): Focuses on enhancing water use efficiency at farm level through Micro Irrigation viz. Drip and Sprinkler irrigation. The Government provides financial assistance @ 55% for small and marginal farmers and @ 45% for other farmers for installation of Drip and Sprinkler Irrigation systems. In addition, some States provide additional incentives/top up subsidy for encouraging farmers to adopt Micro Irrigation.

Sub Mission on Agricultural Mechanization (SMAM): To boost the farm mechanization in the country, under which subsidy is provided for purchase of various types of Agricultural implements and machinery used for tillage, sowing, planting, harvesting, reaping, threshing, plant protection, inter cultivation and residue management.

Promotion of Agricultural Mechanization for In-Situ Management of Crop Residue in the States of Punjab, Haryana, Uttar Pradesh and NCT of Delhi: A special Scheme to support the efforts of the Governments of Haryana, Punjab, Uttar Pradesh and the NCT of Delhi to address air pollution due to stubble burning and to subsidize machinery for the farmers for in-situ management of crop residue

Kisan Credit Card (KCC) Scheme: Enables farmers to purchase agricultural inputs and draw cash to satisfy their agricultural and consumption needs.  The KCC Scheme has since been simplified and converted into ATM enabled RuPaydebit card with, inter alia, facilities of one-time documentation, built-in cost escalation in the limit, any number of drawals within the limit, etc.

Setting Up of National Bureau of Water Use Efficiency

Faster Adoption and Manufacturing of (Hybrid &) Electric Vehicles in India (FAME India) Scheme: For promotion of adoption of electric/hybrid vehicles (xEVs) in India

To promote electric/ hybrid vehicles (including shared mobility) use in various part of the country:

(i) Under new GST regime, GST on EVS is reduced from existing 12% rate to 5% as against the 28% GST rate with Cess up to 22% for conventional vehicles.

(ii) Ministry of Power has allowed sale of electricity as service for charging of electric vehicles. This will provide a huge incentive to attract investments into charging infrastructure.

(iv) The Government has proposed exemption of registration fees for battery operated/electric vehicles to promote the use of eco-friendly vehicles in the country.

(v) In the budget of 2019-20, the Finance Minister announced for providing additional income tax deduction of Rs 1.5 lakh on the interest paid on loans taken to purchase electric vehicles.

The Global Pulse Confederation (GPC), established in 1963 in France, is now headquartered at Dubai since 2009. It is a non-profit Confederation to promote production, consumption, awareness and trade of pulses, representing every component of supply chain related to the pulse industry such as growers, traders, govt bodies, trade promotion entities, processors and consumers.

Solve: Critically examine the reasons for low productivity of pulses in India. 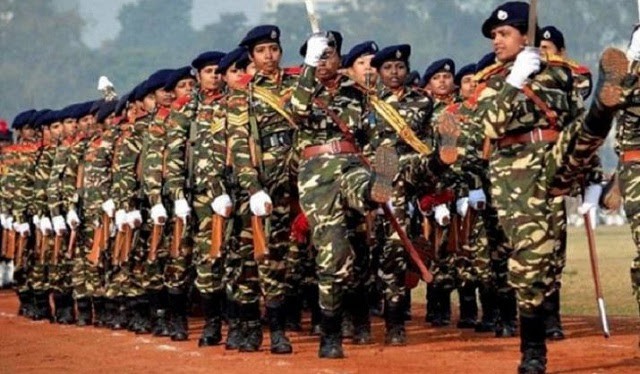