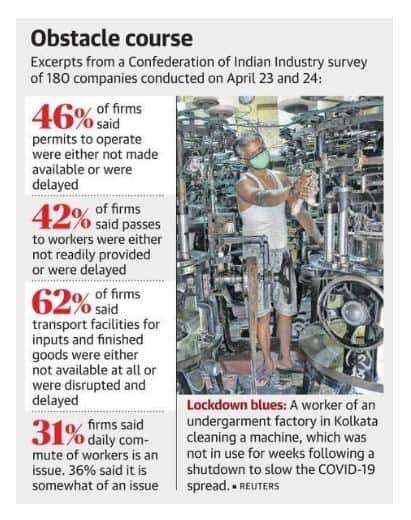 COVID-19: Disruption and a new order

Context: Former National Security Advisor M.K. Narayanan analyses the geopolitical and geo-economic fallout of the COVID-19 pandemic. These are as follows

China in the spotlight

Pandemics have often changed the world and reshaped human society. We can expect the same with COVID-19.

Context: The oil price meltdown provides an opportunity for oil importing country like India to tweak its energy policies to take advantage of the situation

Q.1 With regard to the survey carried out recently by Confederation of Indian Industry, consider the following statements:

Q.2 SN 2010kd, recently seen in news, is associated with which of the following?

Q.4 Exercise Pitch Black, recently seen in news, was being conducted by which of the following country?

About importance to preserve MPC framework by former RBI Governor:

About Politics in Pakistan:

An article by former Foreign Secretary about India in Post-pandemic world: