Part of: GS-Prelims and GS-III – Space; Science and Technology

Part of: GS-Prelims and GS-I – Culture 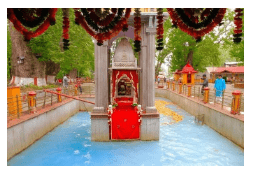 CoAST India launched to monitor the movements of migrants

Part of: GS-Prelims and GS-II – E-Governance

A time for reform in courts

Context: The pandemic has affected the functioning of courts and tribunals.

What procedural changes have to be made?

What can be the structure for pre-hearing of SLPs?

Without procedural changes in how courts function, mere modernization through enabling video-conferencing facilities will not lead to radical change in judiciary

Lessons for One Nation One Ration Card

Context: The economic crisis precipitated by COVID-19 has focussed the country’s attention on inter-state migrants and the need portable welfare benefits.

What is One Nation One Ration Card (ON-ORC)?

What are the challenges with ON-ORC?

Learning from GST to resolve above challenges of ON-ORC

If done well, ON-ORC could lay the foundation of a truly national and portable benefits system that includes other welfare programmes like LPG subsidy and social pensions.

Q.1 APOE gene is associated with which of the following disease?

Q.2 CoAST India was recently launched for which of the following purpose?

Q.3 Which of the following conditions are ideal for declaring heat wave or heat wave condition in a region?

Q.4 Ragyna Devi Temple is situated in which of the following state of India?

Q.5 Tianwen-1, which was recently in news, is the first Mars mission of which of the following country?

About rise in excise duty on fuel:

About How India can become Self-reliant: