Impact of Lockdown on women & children

In News: The COVID-19 crisis has a potentially far-reaching, long-term negative impact on women and children around the world.

The impact is likely to be devastating especially for children, even though they appear to have less severe symptoms and lower mortality rates than other age groups. More than 1.5 billion students are out of school. Widespread job and income loss and economic insecurity among families are likely to increase rates of child labor, sexual exploitation and child marriage.

Stresses on families, particularly those living under quarantines and lockdowns, are increasing the incidence of domestic violence. 67 per cent of the world’s healthcare workers are women, they are naturally more prone to infection. Women are already burdened with three times more unpaid care work than men. During lockdowns the burden increases manifold. As the lockdowns impose stricter control on one’s mobility, they put women in abusive relationships at extremely high risk of damage from physical, sexual and emotional abuse.

The year 2020, marking the twenty-fifth anniversary of the Beijing Platform for Action, was intended to be ground-breaking for gender equality. Instead, with the spread of the COVID-19 pandemic, even the limited gains made in the past decades are at risk of being rolled back. The pandemic is deepening pre-existing inequalities, exposing vulnerabilities in social, political and economic systems which are in turn amplifying the impacts of the pandemic.

Global lockdown and the rise in domestic violence cases

As more and more countries have entered lockdown, globally there is an alarming upshot in domestic violence related distress calls to support helplines and response shelters. From the Hubei province in China to Brazil, from France to the UK, countries from all continents have already noted a rise in violent crimes against women.

Home is the most unsafe place for women

In 2018, a United Nations study suggested globally, home was the most unsafe place for women. Of all female murders, an overwhelming 82 per cent happen in their marital homes, and are committed by an intimate partner or a family member. As special cases, the dowry related death and honour killings have found special mention in the report, where the natal home of a woman also frequently becomes a dangerous place for her.

Numbers do not lie

Data from west African countries in the wake of the 2014 Ebola outbreak showed that concurrent with the lockdowns and closure of workplaces, schools and colleges, there was a steady increase in rape, sexual assault and violence against women and girls. NGOs working in Sierra Leone reported an upshot in teenage pregnancy rates from rapes and assaults, as young women and girls were at much higher risk at home. Overall, over one year, sexual violence increased 40per cent. 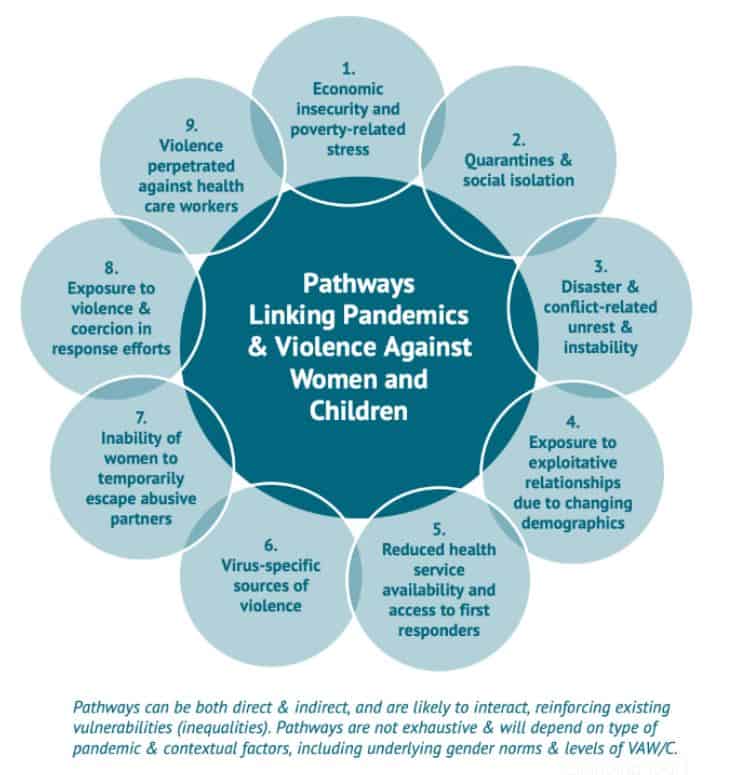 Impact of lockdown on domestic violence in India

In India, the National Commission of Women has recorded 291 complaints of domestic violence in March and is now only receiving complaints via email.

Drop in complains: Alarmingly, the hotlines run by NGOs and volunteer organisations, that are usually the avenues for women to report such attacks are eerily silent. Most activists, as well as experts who run these shelters or have been intimately associated with domestic violence work at the grassroots, believe that this drop probably reflects the continuous presence of the abuser at home during the lockdown. With curtailed mobility and a police force that is more than apathetic towards gender-based violence, women are losing even the avenues that could have saved them from abuse, and in extreme cases, death.

The mechanism in place: Under the Protection of Women from Domestic Violence Act (PWDVA), police are not the first responder for women who experience domestic violence. The counselling centres are supposed to reach out to the complainants. During the lockdown the closure of these services can be lethal for women who need them.

India direly needs an alternative alert system and a swift response to rescue women from dangerous situations. The UP police had released an emergency helpline number 112, but it was not specifically a domestic violence related helpline but a rather generic number to send alerts about violent crimes. Also, there is no word about the efficacy of that helpline.

Some recommendations to the governments in the current context

As the steps to contain the transmission of the virus might require more stretches of isolation and confinement for the public, the government at the Centre and state levels need to address the upsurge in domestic violence immediately. For a lot of women, home is not the safe haven as normally believed. Their lives depend on the emergency response systems remaining functional.