Context: The outbreaks of the locust attack have been reported from Gujarat, Rajasthan, Maharashtra, Madhya Pradesh, Punjab, Haryana and Uttar Pradesh. 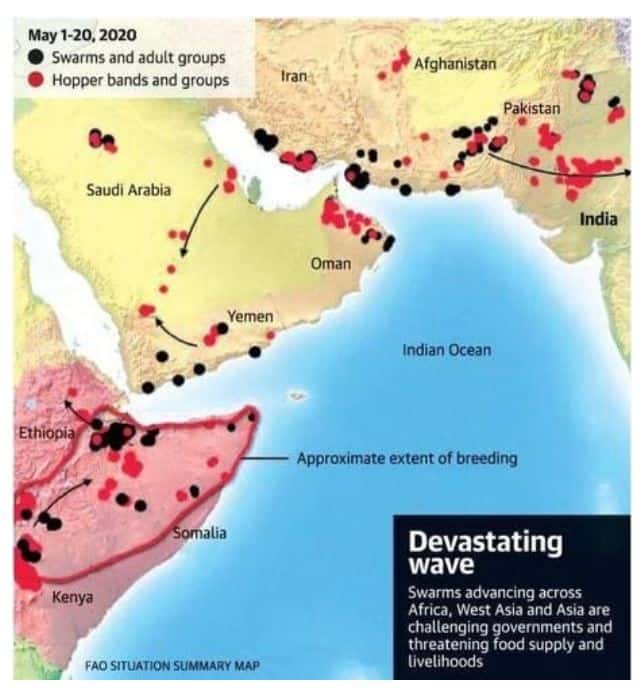 When was the last big outbreak?

What is the climate link to the infestation?

How are locust invasions dealt with?

What is the concern this time?

Is adequate action being taken?