According to the International Labour Organization (ILO), there are about 152 million children globally who are engaged in child labour, 72 million of whom are in hazardous work. With the coronavirus pandemic set to lead the world into a recession, these children are now at an even greater risk of facing circumstances even more difficult and working longer hours.

The Covid-19 crisis has pushed thousands of vulnerable children into child labour. As the pandemic wreaks havoc on family incomes, without support, many could resort to child labour. In times of crisis, child labour becomes a coping mechanism for many families

Under the SDG agenda, UN member states, employers’ and workers’ organizations, as well as civil society organizations urged to eliminate child labour by 2025, and forced labour, modern slavery and human trafficking by 2030.

Four systemic failures that underpin the lack of progress:

All North Eastern States to have e-office

E-offices will be set up in all 8 North Eastern States in a stipulated timeframe.

Shillong Declaration: Promotion of e-office and quality of its services

(Topic: India’s relations with other countries)

Aim: To develop a strong, deep and long-term co-operation between two countries in the power sector on the basis of equality, reciprocity and mutual benefit

Efforts to enhance cultivation of Heeng and Saffron

Saffron and Heeng (asafoetida) are the most valuable spices of the world and widely used in Indian cuisine since time immemorial. In India, the annual demand for Saffron spice is 100 tons per year but its average production is about 6-7 tons per year. Hence a large amount of Saffron is being imported. Similarly, there is no production of heeng in India and currently about 1200 tons of raw heeng worth Rs 600 crore is being imported from Afghanistan, Iran, and Uzbekistan.

Ministry of Environment, Forest and Climate Change has decided to collect stock information from the holders of exotic species through voluntary disclosure in next six months.

The registration will be done for the stock of animals, new progeny, as well as for import and exchange. The declarer would not be required to produce any documentation in relation to the exotic live species if the same has been declared within six months of the date of issue of the advisory. For any declaration made after 6 months, the declarer shall be required to comply with the documentation requirement under the extant laws and regulations.

This will help in

Why: Exotic live species are animal or plant species moved from their original range (location) to a new one. These species are introduced to a new location most often by people. Many citizen of the country have kept CITES (Convention of International Trade in Endangered Species) enlisted exotic animal species in their possession but there is no unified information system available of such stock of species at the State/Central level.

Mumbai has been facing floods with increased periodicity which brings the city to a standstill in spite of its natural and storm water drainage systems. In a bid to aid in the mitigation of the flood prone city, Disaster Management Department of Municipal Corporation of Greater Mumbai (MCGM) approached the Ministry of Earth Sciences (MoES) to develop an Integrated Flood Warning System for Mumbai, on the lines of a similar system developed for Chennai earlier. MoES initiated the development of the flood warning system in July 2019 using the expertise of Indian Meteorological Department (IMD), National Centre for Medium Range Weather Forecasting (NCMRWF), Indian Institute of Tropical Meteorology (IITM) and National Centre for Coastal Research (NCCR), in close coordination with Disaster Management Department of MCGM.

How does the Prediction System Works?

The sophisticated system has been developed by the Ministry of Earth Sciences using its in-house expertise, in close collaboration with the Municipal Corporation of Greater Mumbai (BMC).

I-FLOWS is built on a modular structure and comprises seven modules.

“The well was planned to be capped by following the advice of experts and taking all safety precautions. While the clearing operations were going on at the well site, the well caught fire on 9 June 2020 around noon time, spreading the fire in an area of about 200 meters around the well site. The cause of the fire has not been ascertained till now,” the petroleum ministry statement said. 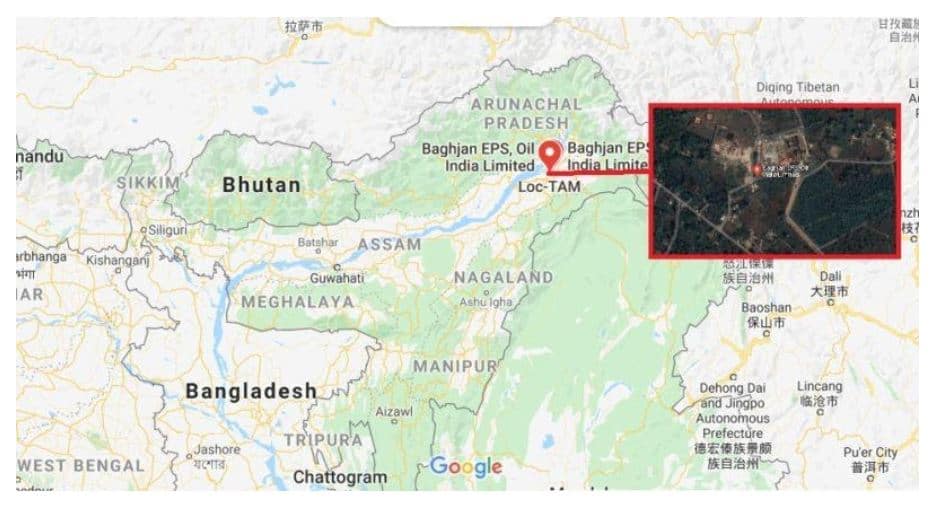 Ecological: The gas leak has caused extensive devastation in the Dibru-Saikhowa National Park (known for its feral horses) and Maguri-Motapung wetland and forced villagers in the neighbourhood to flee the area — over 7,000 persons are now lodged in relief camps.

No disaster management structure or mechanism in place: India’s second-largest hydro-carbon exploration and production PSU did not have an adequate safety and disaster management plan in place. The toll in Tinsukia may not be limited to the two brave firefighters. A biosphere reserve faces the prospect of extinction because of the accident.

Livelihoods: Farmlands with standing crops, as well as ponds and wetlands in the adjoining villages have also been badly affected and the threat is growing with every passing day. People engaged in farming would face fertility issue of land as the land had been contaminated. People who earned their livelihood through fisheries are now left with no option as the water bodies are polluted and aquatic species have died in numbers. Those who are involved in animal rearing have been majorly affected too. This is not just an environmental crisis but has turned to be in an employment crisis for the locals.

Health: Locals have complained of headaches, itching in eyes, blockage of nasal passages, various respiratory problems after this blowout. Locals have been evacuated from the site and have been displaced into relief camps by the concerned authorities. This problem had become graver because of the Covid-19 restrictions as well. People living in the COVID relief camps had to evacuate their places as soon as possible. As the impact spread, the National Disaster Response Force was called and 2,500 people were taken to relief camps.

While Baghjan has been the most affected by the blowout due to its proximity to the well, villages located further downstream like Notungaon, Milanpur, Hatibagh, Bebejia and Barekuri have also suffered. Droplets of condensate (which is the residue from gas condensing after coming in contact with water) have reportedly spread up to a radius of 5 km, falling on trees, tea gardens making them unsuited for the markets, grasslands, water bodies, and on the roofs of houses making it more difficult for people living there.

Indians have not reacted: While each disaster should get its due coverage, the blind eye turned to the Assam oil leak has reignited the old grudge people from the Northeast have regarding mainland India ignoring its issues.

Public safety and sensitivity to the local environment have to be an integral part of its managerial vision.

This year has witnessed many natural disasters from a global pandemic to tremors to locust attacks. The rich biodiversity and ecology are in danger and nature calls out for an immediate collective sustainable strategy towards it, not just by people but also government and industrialists.

Scaling up technology for reducing CO2 to methanol & other useful chemicals

An agreement has been signed between Jawaharlal Nehru Centre for Advanced Scientific Research (JNCASR), an autonomous institute of the Department of Science and Technology (DST) and Breathe Applied Sciences, a company incubated at JNCASR for transfer of technology based on lab-scale research on reducing CO2 to methanol and other useful chemicals and fuels.

Why is it important: Conversion of CO2 to clean fuels such as methanol and other useful chemicals on scale with cost-effectiveness is the holy grail of science to address sustainable development, environmental and climate.

Activities that will be undertaken

A team of researchers have identified a specific microRNA (miRNAs) called ‘miR-155’ that is over-expressed in tongue cancer. This finding is important in that molecular strategies can potentially be devised to manipulate miR-155 expression to develop therapeutics for tongue cancer.

miRNA manipulation is being combined with conventional cancer treatment methods such as chemotherapy, radiotherapy, and immunotherapy, and the study reported by collaborative team can enable such emerging therapeutics for cancer.

Initiative by: National Cooperative Development Corporation has embarked upon a series of initiatives in the cooperative sector entrepreneurship development ecosystem through capacity development, paid internship to youth and assured project loans on liberalized terms to young cooperators on start-up mode.

Why is it important today?

India is the 2nd largest producer of bamboo in the world but ironically, it is also the 2nd largest importer of bamboo and its products. The hike in import duty on bamboo sticks from 10% to 25% will curb heavy import from China and encourage local manufacture in Agarbatti and bamboo industries.

Heavy import of bamboo sticks from China and Vietnam caused huge employment loss in India. This decision will pave the way for setting up of new agarbatti stick manufacturing units to meet the ever-growing demand of Agarbatti in India.

Agarbatti making industry is a part of the Village Industry, which requires a very small capital and less technical skill. This industry employs mostly women workers. In the post Covid scenario, this industry will prove to be a boon for the migrant workers.

Annual allotment of Rs. 4000 crore made to State Governments under ‘Per Drop More Crop’ component of Pradhan Mantri Krishi Sinchayee Yojana (PMKSY- PDMC) for the year 2020-21.

The major objective of PMKSY is to –

Concept of ‘more crop per drop’

Work to be taken up under JJM:

73rd Amendment of Constitution of India: Gram Panchayats or its sub-committees will play a crucial role in planning, designing, execution, operations and maintenance of the in-village infrastructure under the Jal Jeevan Mission – Every village is to prepare a village action plan (VAP) which will be essentially having three components namely;

With women playing a leadership role in managing their community’s water resources, minus the drudgery of walking for miles to fetch water for their families, the Jal Jeevan Mission will provide a massive fillip to the ease of living for women, and they will no longer be beasts of burden.