In News: Japan and China claim the uninhabited islands, known as the Senkaku in Japan and Tiaoyu in China, as their own, but Japan has administered them since 1972.

Geostrategic Importance of the area

What does Japan say?

Japan approved plans to change the name of the area covering the Tokyo-controlled Senkaku Islands — known by Taiwan and China as the Diaoyus — from “Tonoshiro” to “Tonoshiro Senkaku”. China said the move is illegal and a “serious provocation”. 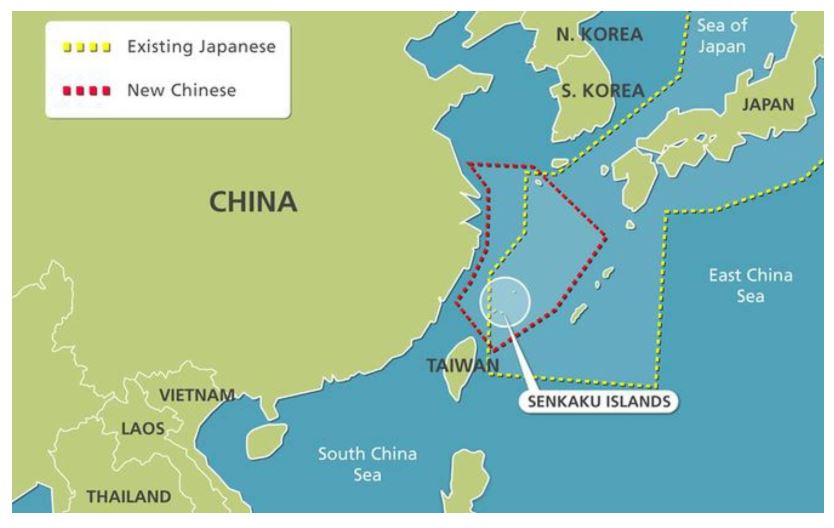 Calling the islands its “inherent territories”, China has urged Japan to abide by the spirit of the four-principle consensus, avoid creating new incidents on the Diaoyu Islands issue, and take practical actions to maintain the stability of the East China Sea situation.

Is the Senkakus island chain dispute with Japan is the only territorial and maritime dispute that China has had?

In the South China Sea, China has moved aircraft onto the man-made islands it has built up; it has sunk one Vietnamese fishing boat and rammed another; it has harassed a Malaysian-chartered survey ship and sent one of its own into waters claimed by Indonesia; in the past few weeks alone, Chinese warplanes have been warned off by Taiwanese fighters at least five times.

Beijing reclassified its island claims in the South China Sea, giving the Spratly/Nansha and Paracel/Xisha islands more prominent status in the country’s governmental hierarchy. Then the clash with India in Ladakh.

UNCLOS: The United Nations Convention on the Law of the Sea (UNCLOS) is an international agreement which defines the rights and responsibilities of nations with respect to their use of the world’s oceans, establishing guidelines for businesses, the environment, and the management of marine natural resources.