In News: After a period of relative quiet, North Korea is once again in the headlines with the dramatic demolition of the Inter-Korean Liaison Office in the city of Kaesong, just north of the demilitarised zone between the two Koreas.

The office was refurbished at considerable cost to South Korea following the 2018 inter-Korean Summit, and was intended to function as a virtual embassy between the two nations. Its destruction was an unmistakable indication of North Korea’s displeasure with its neighbour, and a dramatic end to two years of hope.

Tensions between the Koreas have been rising after the north protested the launch of anti-North Korean propaganda-filled balloons and plastic bottles into North Korea by South Korean civic groups. Just three days before the liaison office’s demolition, Kim Yo-jong, Kim Jong-un’s powerful sister, specifically threatened its destruction. Speculation is rife that she is being established as successor-designate to Kim Jong Un, who has no known adult children, and may be attempting to demonstrate her bona fides by taking a hard line against Seoul.

Why did Pyongyang take this step?

Since the past week, tensions between the two countries had increased after Pyongyang objected to activists and defectors in South Korea sending anti-North Korean propaganda leaflets, rice and Bibles using balloons across the border into North Korean territory, and had cut off communication with Seoul. Experts believe that these moves come after North Korea’s frustrations at South Korea’s inability to revive inter-Korean economic projects that had been beneficial to Pyongyang, under pressure from the US, along with UN sanctions.

North Korea’s explosive move is intended as a dramatic provocation to blow up its relations with South Korea. This served as a repudiation of South Korean President Moon Jae-in, and a signal to the United States of Pyongyang’s frustration that its diplomatic momentum with Washington — and any immediate prospects of sanction lifting — had come to a full stop.

North Korea is threatening to

Experts believe these provocations may have occurred because Pyongyang is hoping to pressure Seoul into giving it more concessions that would be economically beneficial for North Korea that has been hit hard by sanctions. Although it is not clear how COVID-19 has impacted North Korea, experts believe it is likely that the country has not escaped unscathed, especially in context of how China is North Korea’s main trading partner. 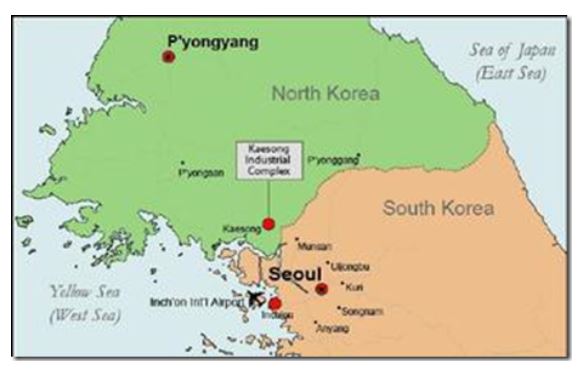