Day 59 – Q 1. What are your views on the recent military standoff between India and China? What is the geo-strategic background of the standoff? Examine.

1. What are your views on the recent military standoff between India and China? What is the geo-strategic background of the standoff? Examine.

It expects candidates to express their views on the recent military standoff between India and China. It also expects to probe deeper in to details of the geo-strategic background of the standoff.

India and China are demographically two very unique countries, only two with billion plus (population) categories. Global order is observing parallel but differential rise of two countries with unprecedented disagreements over border disputes due to the expansionist policy of China based on its ancestral claims.

Views on Military standoff between India and China:

Geo-strategic background of the standoff: 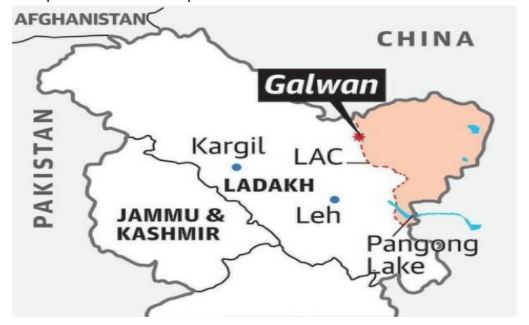 Steps to resolve the issue:

As our Foreign minister has said that, “Reaching an understanding with China is a big challenge”; we need find out more ways to open talks with China regarding border issues and Devolving a comprehensive China strategy with  strong political direction, mature deliberation and coherence are keys to handling the any escalating situation in future.

Day 59 – Q 2. What diplomatic measures were taken in the recent past by India to isolate Pakistan at various global forums? Have these measures been effective? Critically examine.