1. While economic liberalisation has done well to untie the manufacturing and service sectors, the agricultural sector hasn’t yet been liberalised in the true sense. Do you agree? Critically examine.

In the recent past, India has seen a rapid transformation in her economy yielding a different perspective altogether for the country from rest of the world. The economic reforms of 1991 (liberalization, privatization and globalization) not only affected our economy but also affected the way we live dramatically.

Impact of economic liberalisation on manufacturing and service sectors:

The 1991 reforms focused too much on market and hence balance needs to be restored by the state intervention. There has to be a holistic change. Individual and unconnected changes in agriculture will not help as the resources are limited. And hence, the resources have to be allocated in such a way that all the sectors have something to gain. More emphasis on agriculture and employment generation through investment pattern and choice of technology pattern changes.  Thus, the future course of action should be focused on greater concern for agriculture and an Industrial policy.

2. What measures would you suggest to address the regional imbalance with respect to land under irrigation? What role can technology play in this regard? Explain.

Out of about 141 m.Ha of net area sown in the country, about 65 million hectare (or 45%) is presently covered under irrigation. Substantial dependency on rainfall makes cultivation in un-irrigated areas a high risk, less productive profession. Empirical evidences suggest that assured or protective irrigation encourages farmers to invest more in farming technology and inputs leading to productivity enhancement and increased farm income. Hence, it becomes of critical importance to balance the regional irrigation development. 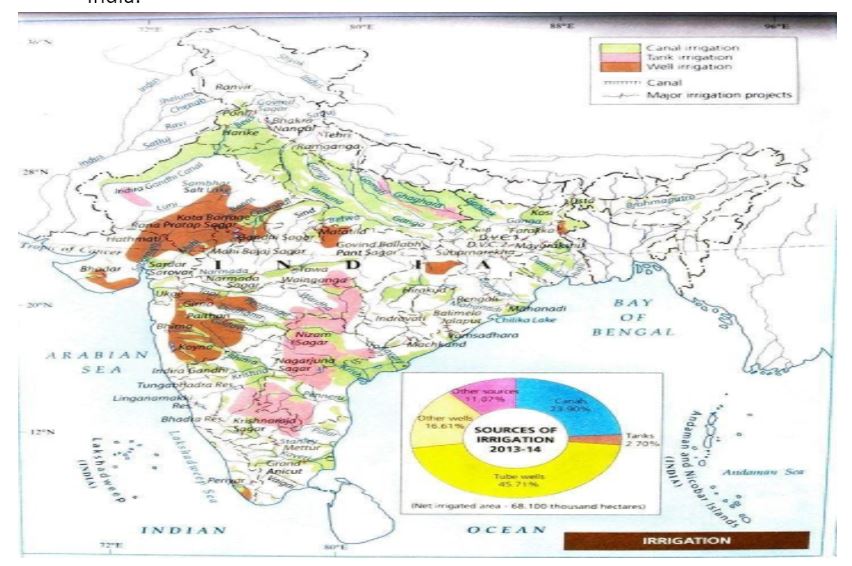 Map 1: Irrigation and regional disparities in across India.

Measures to address regional imbalance with respect to land under irrigation:

Use of technology to address the  regional imbalance with respect to land under irrigation:

One of the success stories of use of technology to improve irrigation is observed in Maharashtra:

India is experiencing a very significant water challenge, due to changing climate. When it comes to agriculture the problem is more worse as water demand of agriculture is more. Hence, it becomes of crucial importance to ensure ‘HAR KHET KO PANI’, wide scale penetration of irrigation practise is done. Also to ensure ‘per drop more crop’, integration of technology in to irrigation methods is done. This cumulatively will help to tackle the problem of regional imbalance of land under irrigation in turn assuring ‘Samrudh Kisan, Samrudh Bharat’.

3. In India, organic farming has got huge export potential. Do you agree? Comment. In this regard, examine the challenges that need to be overcome.

Approach – A straightforward question where in the first part you need mention your views regarding export potential of organic farming from India and then in the second part, you need to examine the challenges to be overcome towards realising this export potential.

At the same time, most organic farmers are struggling due to poor policy measures, rising input costs and limited market, says a study by ASSOCHAM. Consequently, the challenges towards realising the export potential of organic farming can be seen from below:

4. Discuss the recent measures taken to upgrade the storage and transportation infrastructure for agricultural produce. Also, comment on its backward and forward linkage potential.

It expects students to write about the storage and transportation infrastructure development measures taken by government recently in first part, and comment about its forward and backward linkage potential in second part.

Agriculture is the primary source of livelihood for about 58% of India’s population. India is a surplus producer in several agri commodities. However, the country’s farmers do not get remunerative prices because of a lack of investment storage and transportation infrastructure. For a country where a large part of the population is dependent on agriculture for livelihood, it is essential to invest heavily in storage and warehouse facilities.

Recent measures taken to upgrade the storage and transportation infrastructure:

India is expected to achieve the ambitious goal of doubling farm income by 2022. The agriculture sector in India is expected to generate better momentum in the next few years due to increased investment in agricultural infrastructure. Furthermore, the growing use of genetically modified crops will likely improve the yield for Indian farmers.

5. Critically evaluate the performance of support instruments like subsidies and MSP for the farm sector. What have been the negative fallouts of these instruments.

Farm subsidies refer to the governmental financial support paid to the farmers and agribusinesses to reduce their input expenditures and supplement their income. Farm subsidies are worldwide phenomenon and India is of no exception.

Procurement policy of the government needs reforms that are easier to implement. Efforts must be made to balance market price and farmer’s support. Cash transfer gives better choices to farmers than imposing subsidies.