Here is the first story from the new series of Inspirational and Motivational stories that we will be posting every saturday morning from next week. One of the oldest known forms of communication is story telling. There is something primordial within us that loves stories and their tremendous impact. In this series, we aim to bring you the best of real-life stories that can inspire and motivate you.

So here is the first story- “You are Special” 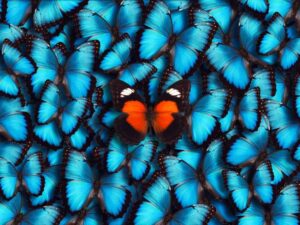 Here is a story by Jonathan Safran Foer, that beautifully illustrates how important each individual is to existence:

“I read the first chapter of ‘A Brief History of Time’ when Dad was still alive, and I got heavy boots about how relatively insignificant life is, and how, compared to the universe and compared to time, it didn’t even matter if I existed at all.

When Dad was tucking me in that night and we were talking about the book, I asked if he could think of a solution to that problem. “What problem?” “The problem of how relatively insignificant we are.”

He said, “Well, what would happen if a plane dropped you in the middle of the Sahara Desert and you picked up a single grain of sand with tweezers and moved it one millimeter?”

He said, “I just mean right then when you moved that single grain of sand. What would that mean?”

“So?” “So?” So the Sahara is a vast desert. And it has existed for millions of years. And you changed it!”

I stood on the bed, pointed my fingers at the fake stars, and screamed: “I changed the universe!” “You did.”

What do you think is the moral of this story?

Creative Guidance – Why you should dream big – Inspirational Educative Articles