Context Bangladesh is planning to send more than 80,000 Rohingya refugees to a remote island- Bhasan Char– in the Bay of Bengal after sealing an agreement for the United Nations to provide help. 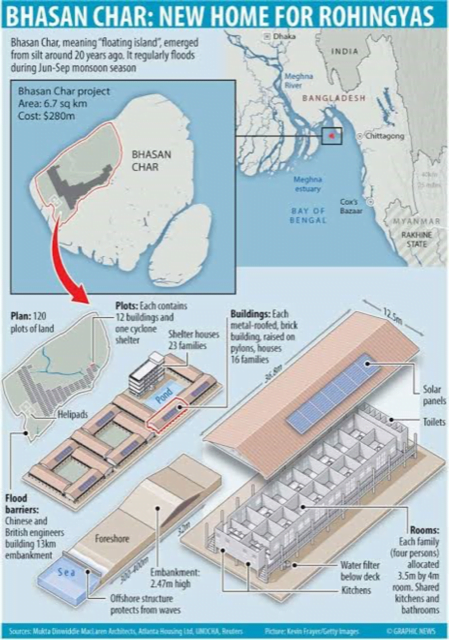