[MI-STORIES]MOTIVATIONAL AND INSPIRATIONAL STORIES – The Alchemist!

So Here is the story for this week – The Alchemist ! 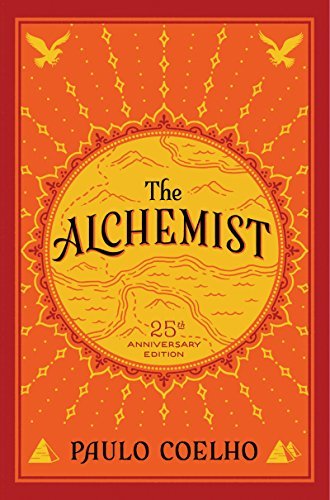 When ‘The Alchemist’ was first published some 30 some years ago, no one noticed. A bookseller in the northeast corner of the country told the author, Paulo Coelho, that only one person purchased a copy during that first week when it was released.  Un-phased by the silent reception, Paulo Coelho confidently waited for those next few sales to come in.  And he would wait a long time too, as it took six more months before his second copy was sold—and it was sold to the exact same person who bought the first!

By the end of that first year, Paulo Coelho’s publisher lost hope in his book and so decided to cancel his contract and cut him loose.

But, Paulo Coelho didn’t let that demoralizing rejection paralyze him.  Instead of quitting like many would at this point, he decided to be steadfast, and continued to pursue his vision.  So, he looked for another publisher.  He looked, and looked, and looked until he finally found one.  And with it, he found his second chance.

Once his book was published again, it slowly started to sell by word of mouth.  His persistence started to pay off, as he eventually sold three thousand books, then six, then ten.  Month over month year over year his book sales started to grow.  And now… ‘The Alchemist’ has sold over 150 million copies across the world.

It’s a good thing Paulo Coelho had staying power.  Had he quit, he wouldn’t be who he is today, a literary legend.