In News: On December 4, Karnataka Chief Minister informed the Centre that the state is opposed to the Kasturirangan Committee report on Western Ghats.

What are the recommendations of the Kasturirangan committee report? 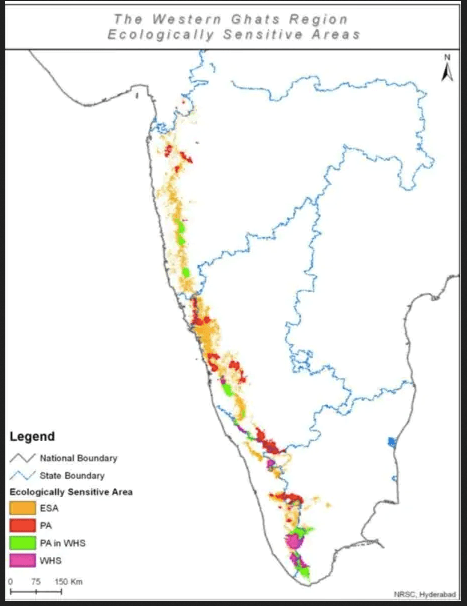 Why have the successive governments in Karnataka rejected the report?

The Kasturirangan report has been prepared based on the satellite images, but the ground reality is different. People of the region have adopted agriculture and horticultural activities in an eco-friendly manner.

What impact will the non-implementation of the report have on the Western Ghats?

What is the present status of the deemed forest land in Karnataka?