Context: The Union Budget for FY23 has projected a fiscal deficit of 6.4% of nominal GDP, a narrowing from the 6.9% assumed in the revised estimates of FY22.

What was the economic context to this year’s Budget formulation?

What were the broad challenges with the budget 2022? 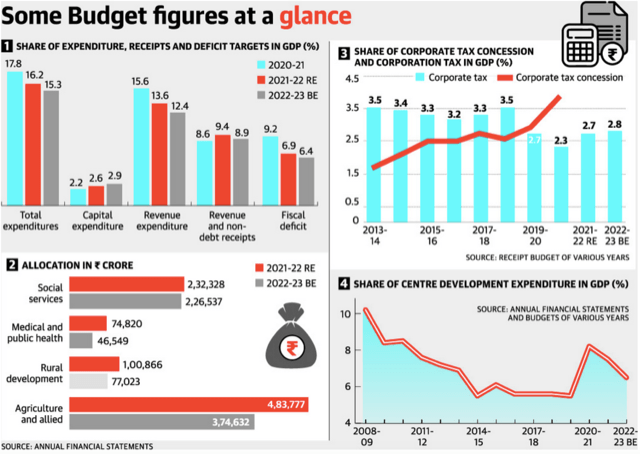 How has the Budget fared in this backdrop and what are the key shortcomings?

1. Revenue Expenditure Cut Down as path for Fiscal Consolidation

2. Labour Income not given boost

What are the implications for development spending?

What are the prospects of export-led growth?

Can you attempt this?

Analyse the relevance of FRBM Act for a developing economy like India. Also elaborate on the recommendations of the N K Singh panel in this regard