Why in News: The Union Cabinet recently advanced by five years its target for achieving 20% ethanol blending in petrol. Mains Practice Question – Ethanol blending is not without its problems. Elaborating on this statement, discuss the merits of accelerating the ethanol blending programme of India. 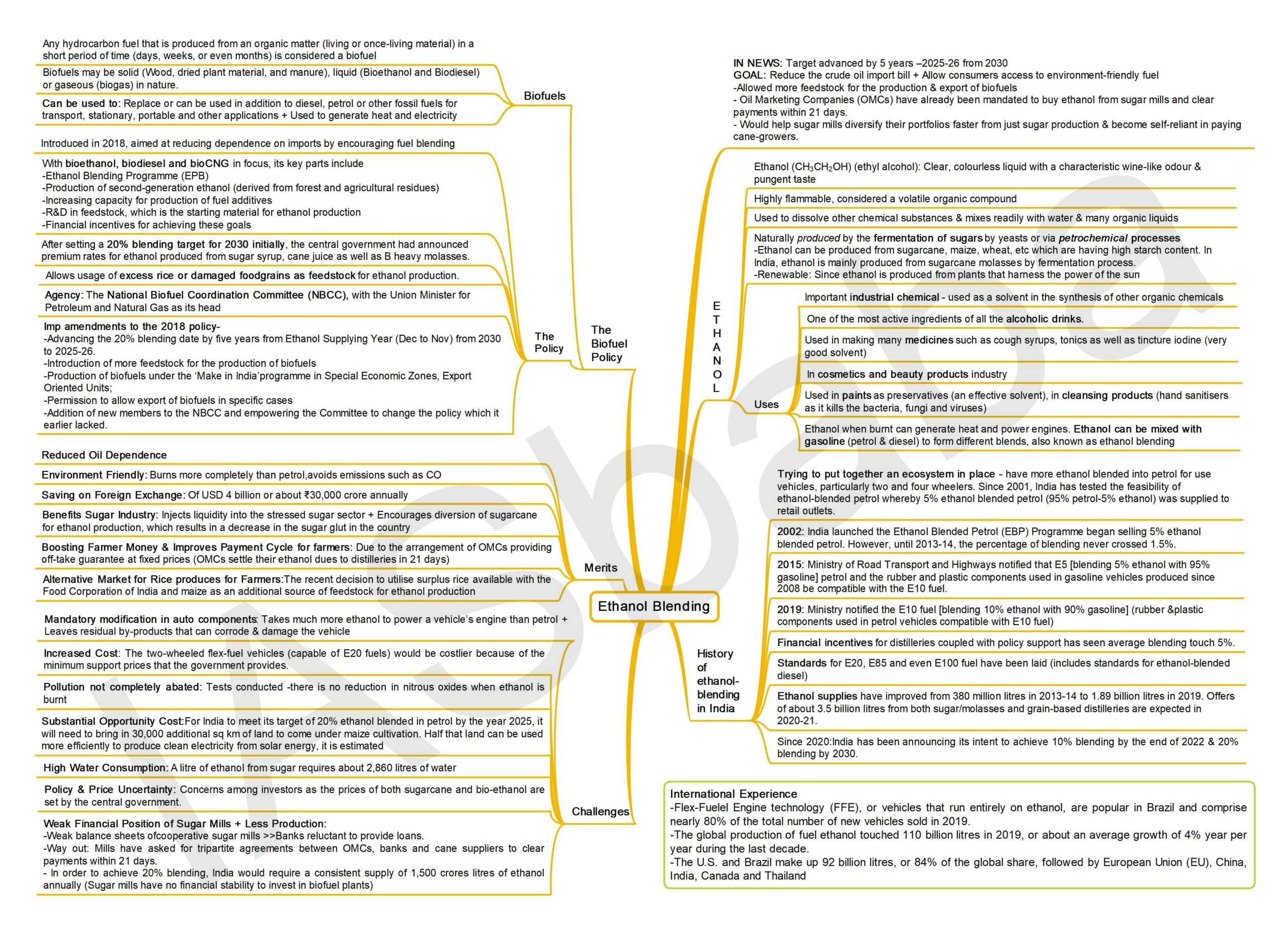