Context:  The Naga insurgency, rooted in Naga nationalism, is one of the oldest insurgencies in the country. Recently released annual report of the Ministry of Home Affairs (MHA) stated that the Isak-Muivah faction of the National Socialist Council of Nagaland (NSCN-IM) was involved in 44% of insurgency-related incidents in Nagaland in 2020. 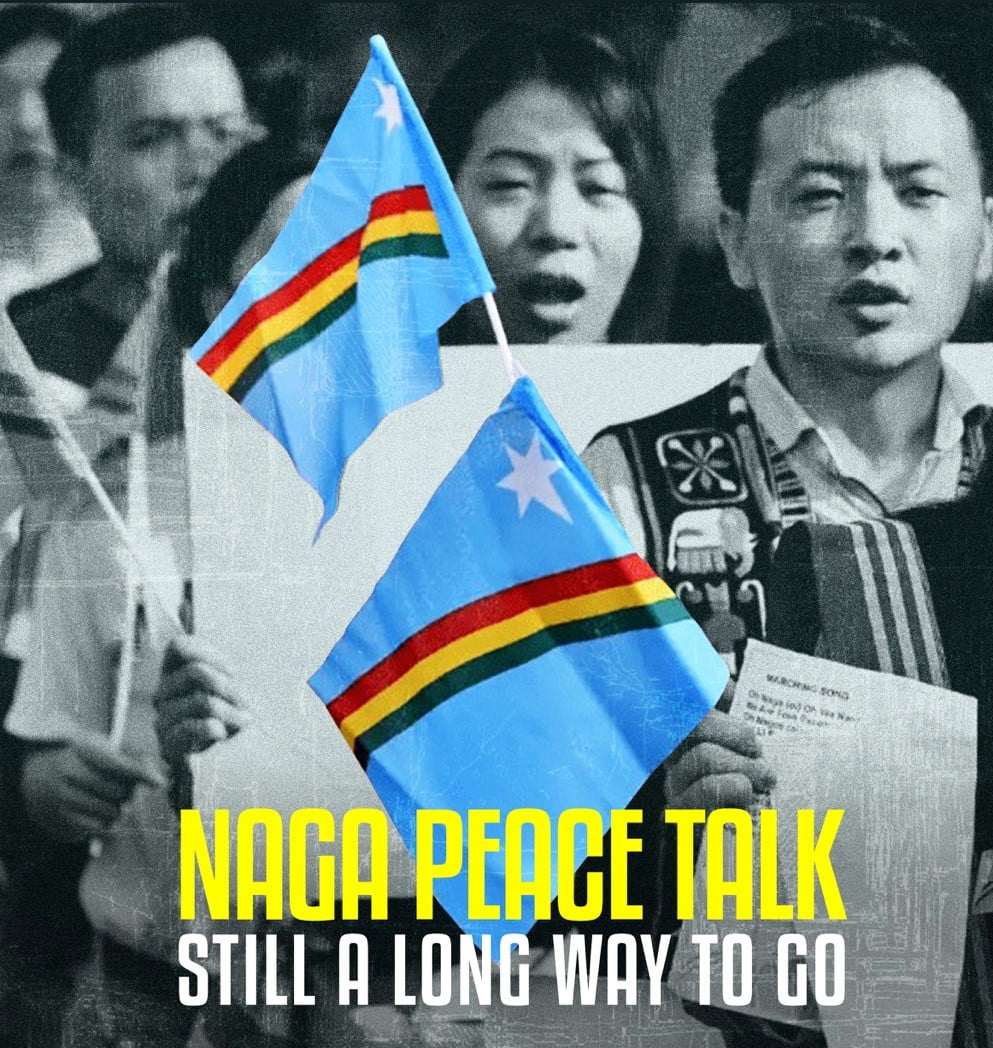 Who are Nagas?
Why and How did the Naga insurgency begin?
When did the NSCN come into the picture?
What are the key demands of the NSCN-IM?
Has there been any peace agreements between Government & Naga groups?
What was the Ceasefire Agreement which was signed in 2015?
How did things go wrong?
Amid all this, what are the complexities in achieving an accord?
What is the way ahead?

Mains Practice Question – What are the challenges in finalising the peace accord with Naga insurgent groups? Suggest measures to move beyond the current status. 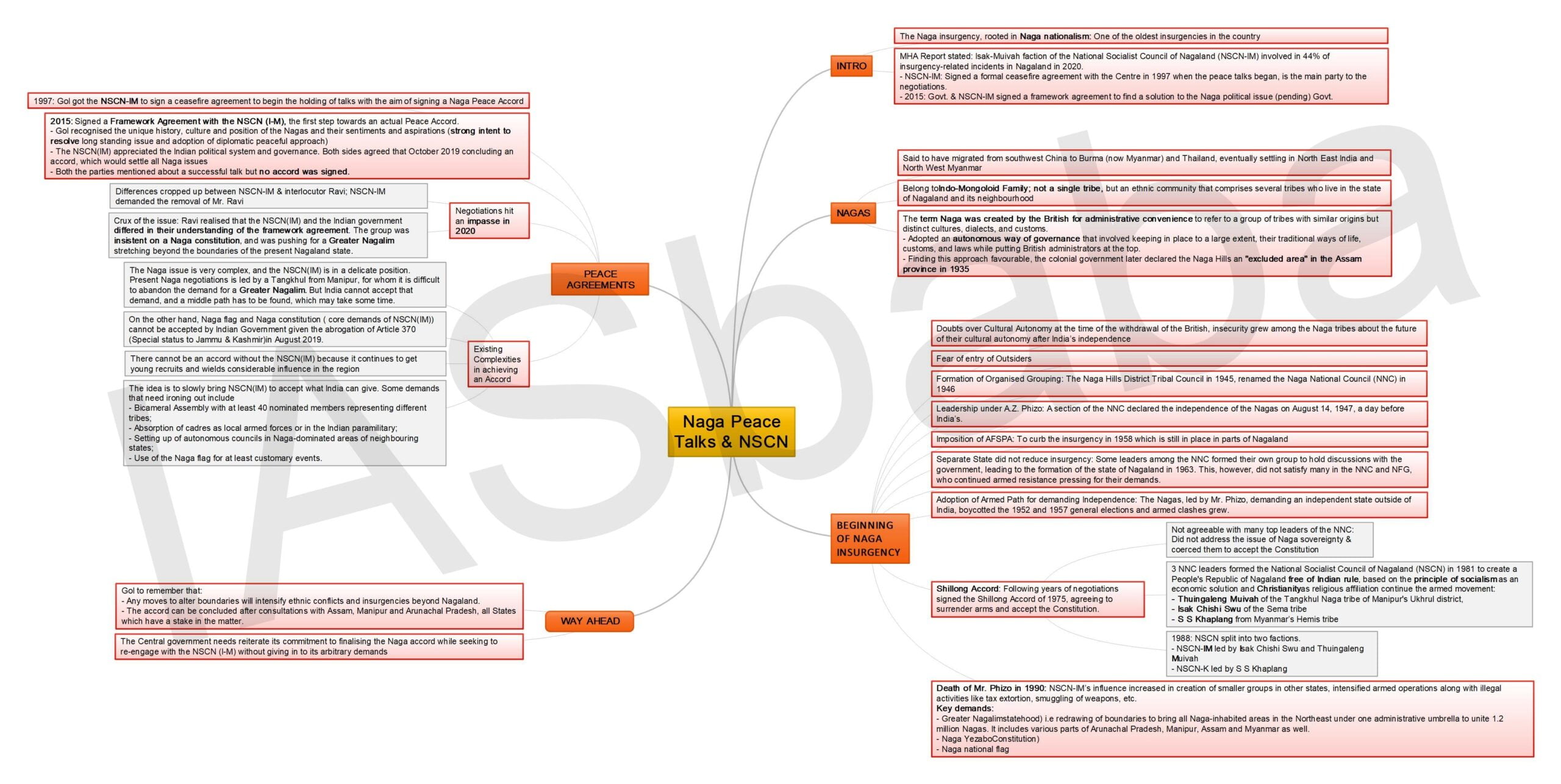