In News: A team of researchers from the University of Delhi has discovered a unique set of fossilised dinosaur eggs, with one egg nesting within the other at the Dinosaur Fossil National Park, in Dhar District of Madhya Pradesh. 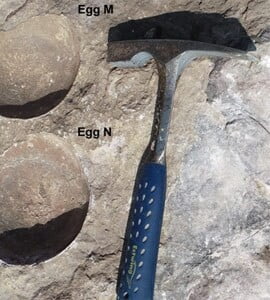 The new find highlights the fact that Central and Western India hold great potential for dinosaur fossils which may offer important information on dinosaur diversity, nesting behaviour and reproductive biology, the authors note.

Q.1) The word ‘Denisovan’ is sometimes mentioned in media in reference to (2019)