In News: China takes over as biggest importer of Indian broken rice 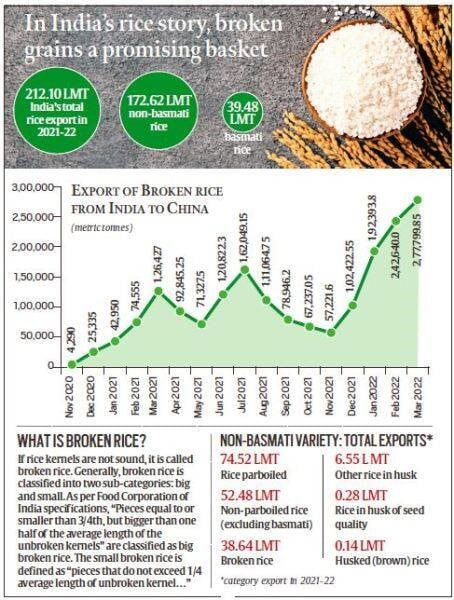 Reasons for import by China

Q.1) Among the following, which one is the largest exporter of rice in the world in the last five years? (2019)