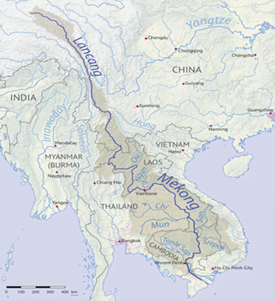 Q.1) In the Mekong-Ganga Cooperation, an initiative of six countries, which of the following is/are not a participant/ participants? (2015)

Ranking of States on Support to Startup Ecosystems