In News: The Supreme Court upheld the core amendments made to the Prevention of Money Laundering Act (PMLA) 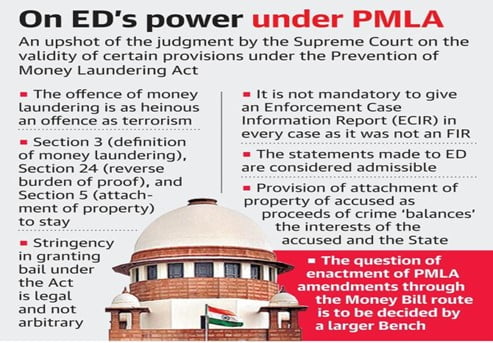 SC: The court said that money laundering was no ordinary offence. It was an “aggravated form of crime the world over”.