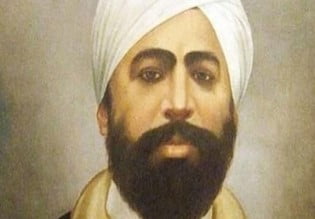 Who of the above was/were actively associated with the Ghadar Party?