In News: The recent negotiations involving 168 countries, to agree on a UN treaty for protecting oceans was unsuccessful.

What is the proposed UN High Seas treaty?

How are the world’s oceans regulated as of now? 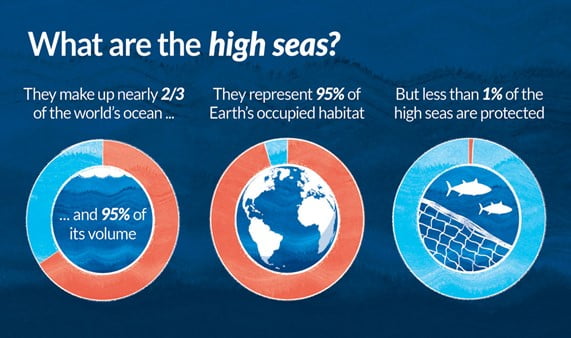 What are the risks of countries failing to reach an agreement?