Context: The Prime Minister of India has paid tributes to Acharya Vinoba Bhave on his Jayanti (September 11). 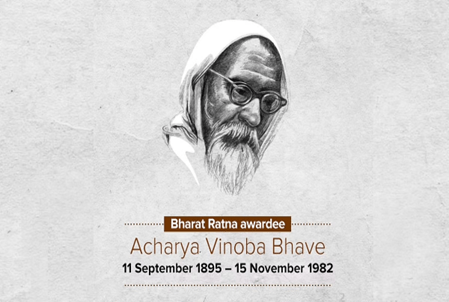