In News: India’s first ‘flex fuel’ car, a Toyota sedan has been developed as part of a new pilot. The nationwide pilot has been initiated as part of a government-led push to car – makers for adopting alternative fuels and to replicate the commercial deployment of this particular technology in other markets such as Brazil, Canada, and the US.

The Mechanics of Flex Fuel Technology: 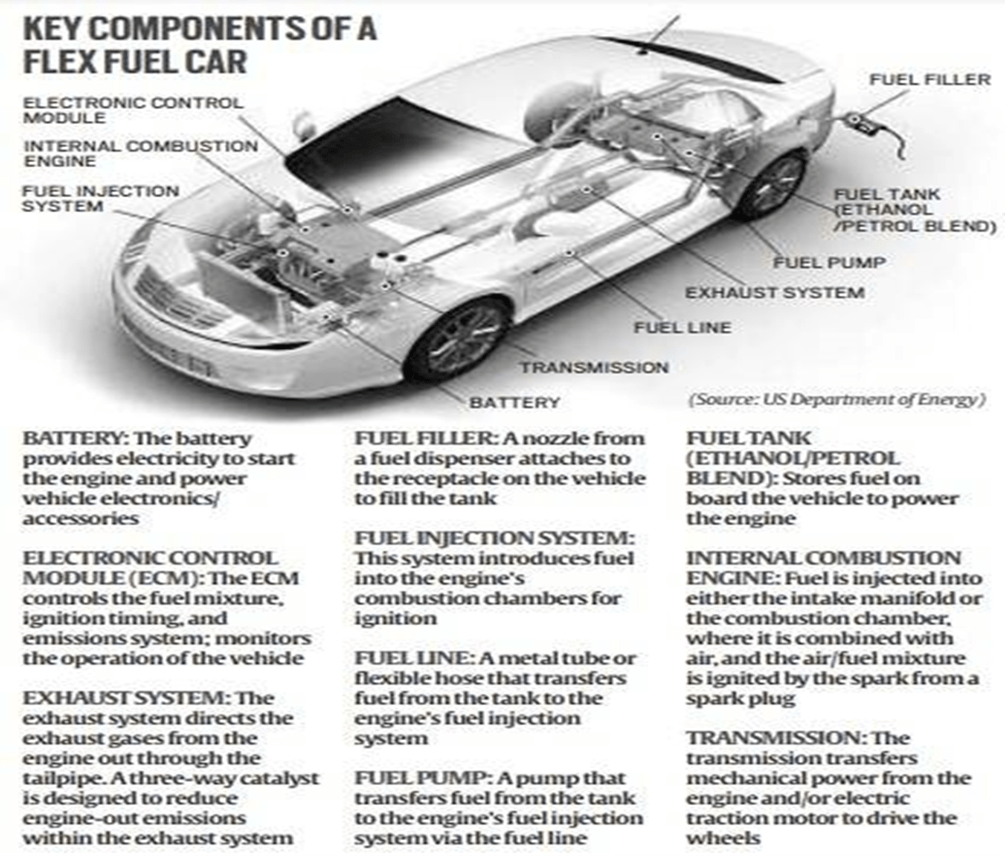 About ethanol production in India: