In News: The Kushiyara river water agreement signed between India and Bangladesh on September 6 2022 is the first major water sharing accord between the two friendly neighbours since the Ganga water treaty in 1996. 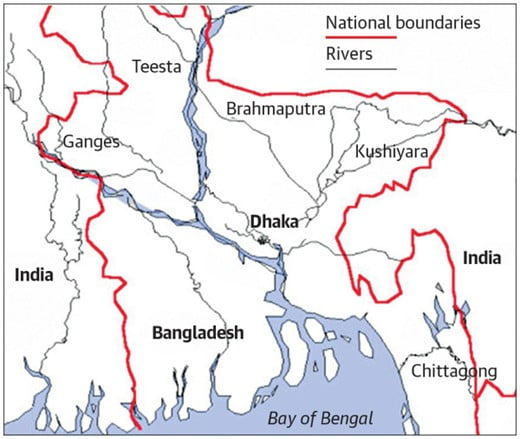 Q.1) With reference to river Teesta, consider the following statements (2017)