In News: India ranks 107th out of 121 countries on Global Hunger Index.

About the Global Hunger Index:

Aim: To comprehensively measure and track hunger at the global, regional, and country levels.

Calculation: It is calculated on the basis of four indicators: 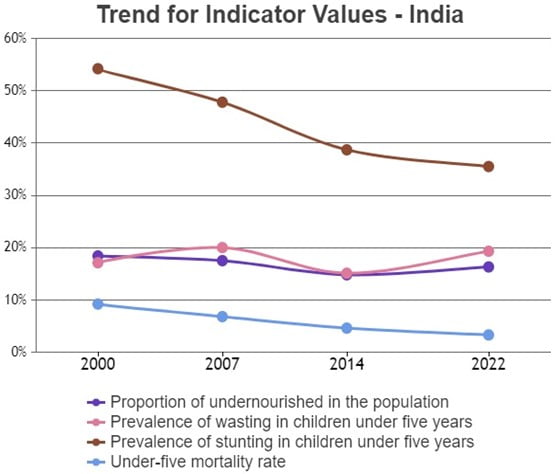 Initiatives taken by the government