Context: External Affairs Minister made a reference to the China-Pakistan Economic Corridor (CPEC), part of China’s Belt and Road Initiative (BRI) in the Council of Heads of Government of the Shanghai Cooperation Organisation. 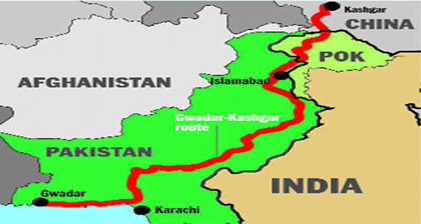 Present Status of the CPEC: