In news: China’s third and final module called Mengtian docked with its permanent space station called Tiangong to further a more than decade-long effort to maintain a constant crewed presence in orbit, as its competition with the U.S. grows increasingly fierce. 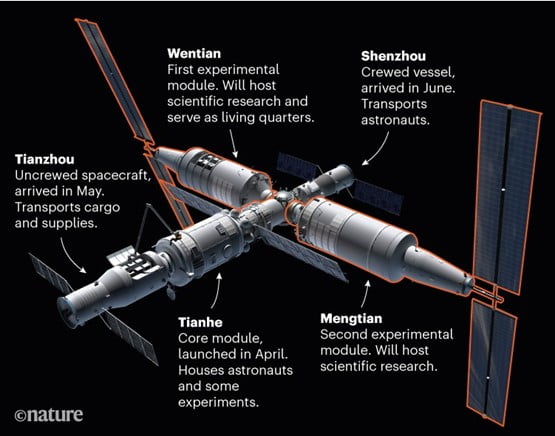 The Mangalyaan launched by ISRO