In News: More than 200 Chinese fishing vessels have been monitored in the Indian Ocean, according to the Indian Navy, even as illegal, unreported and unregulated (IUU) fishing continues to rise beyond India’s Exclusive Economic Zone (EEZs).

What is IUU fishing: 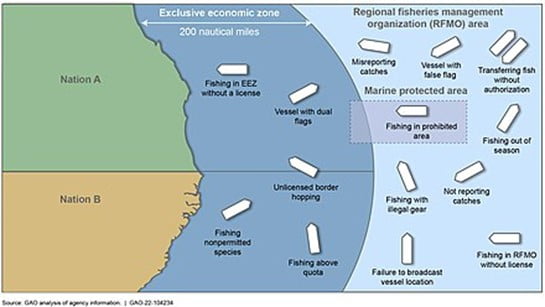