Context: Four revolutionaries of the Indian independence movement were hanged on December 17 (Rajendranath Lahiri) and December 19 (Ashfaqullah Khan, Ram Prasad Bismil, Thakur Roshan Singh) in 1927. This came two years after the Kakori Train Robbery, in which members of the Hindustan Republican Association (HRA) had looted a train transporting money to the British treasury. 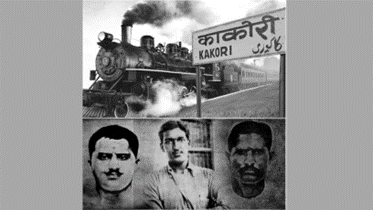 Who of the above was/were actively associated with the Ghadar Party? (2022)

Which of the above pairs is/are correctly matched? (2017)