Context: Delays in paddy planting and stubble burning in certain districts of Punjab and Haryana act like a cascade. They have caused excessive pollution in areas downwind over the past decade, a new research paper by Harvard University in the United States has said. 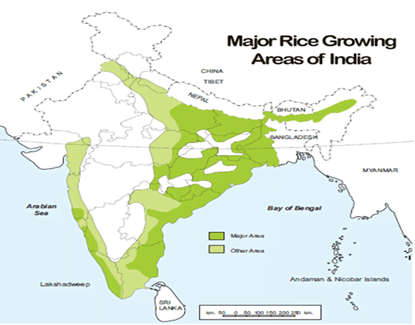 History of Rice in India:

Q.2) Among the following, which one is the largest exporter of rice in the world in the last five years? (2019)