Context: In 1922. On December 8th, the International Anthrax Commission has passed a resolution requiring the hairs and wools used in brush-making, upholstering and textile industries be disinfected before they are handled industrially. 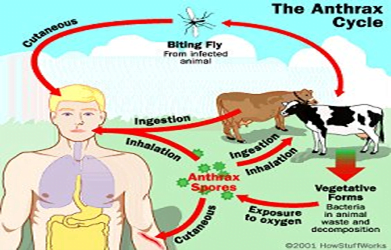