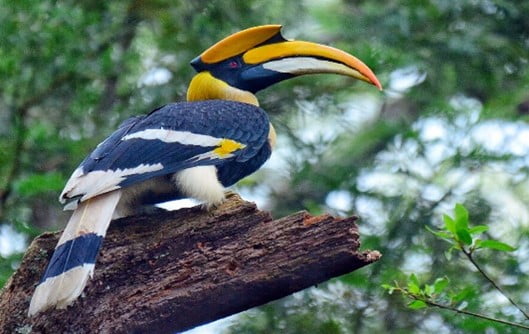 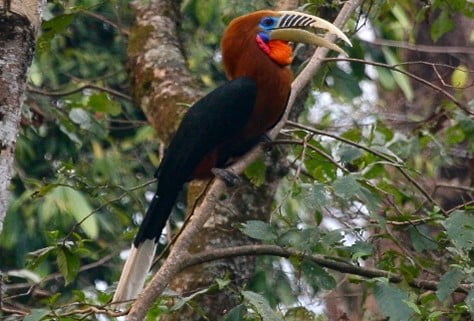 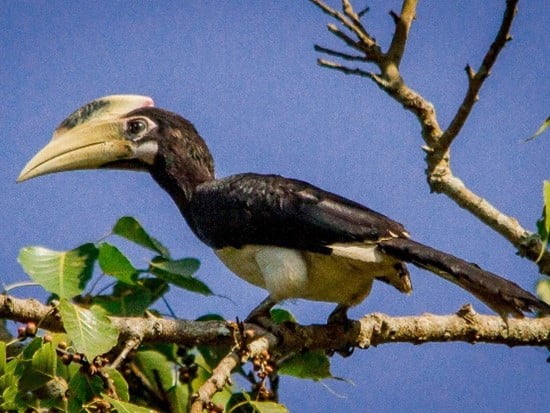 About the size of a turkey, the southern ground hornbill is the largest species of hornbill on Earth. It can fly up to 18 miles an hour and has an impressive wingspan that reaches about four feet across. The bird is recognizable by its jet-black feathers, yellow eyes, and bright red throat.