Context: As global economic growth goes down well below 2 per cent in 2023, India’s economic growth is expected to remain at 5 per cent. It reflects India’s structural strengths and growth drivers. 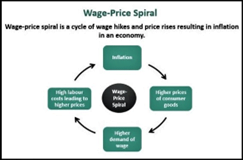 Major contributions of Middle Class: India is expected to emerge with a middle class that is proportionately as large as that of the US today. There are four key contributions that the middle class makes to economic growth and social progress-

There are many reasons to be optimistic about India’s future growth that will be driven by the rapidly rising middle class, young demographics and the next wave of globalisation. By increasing the rational investment in education, skill development and health, India has the potential to fulfill its dream of developed country status by 2047 (one of Panch-Pran given by the prime minister of our country).