Integration of North-Eastern India and its Significance

Context: Recently, in  the North East Council (NEC) meeting, the Prime Minister of India has said that red cards have been shown to challenges in the Northeast region, including corruption, political nepotism and unrest in the region. 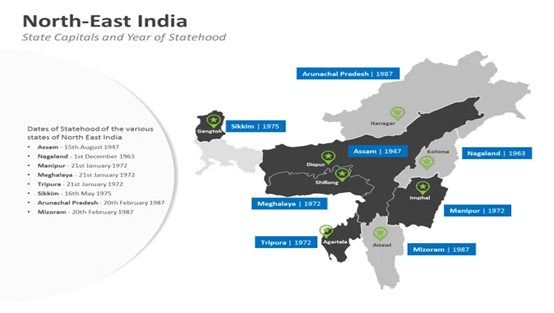 Challenges to the development of the North Eastern Region (NER):

Government of India Initiatives for the sustainable development of NER:

Connectivity Projects: To create alternate routes to the region and decrease its dependence on the Chicken’s Neck, the Indian government has planned additional routes through South East Asia: 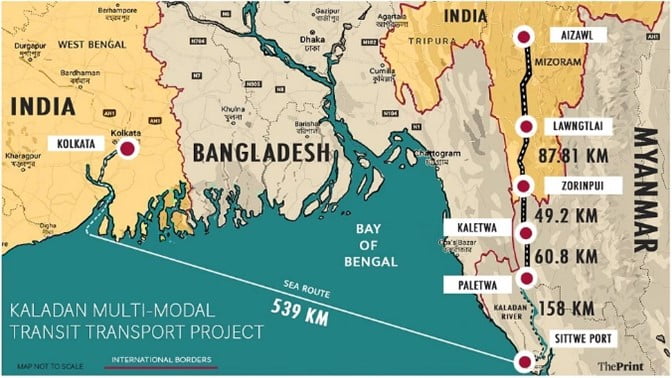 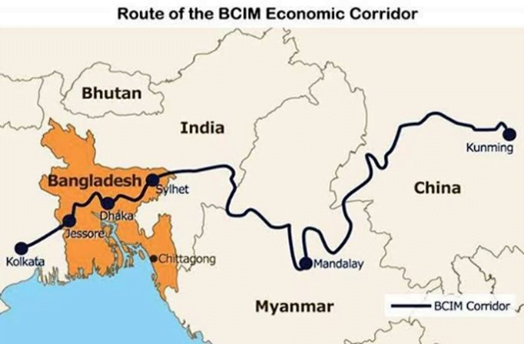 Thus the government at the Centre must be vigilant about the developments in the region and take steps towards integrating North East India into the mainstream. Various stakeholders, the political parties, the citizens’ organizations, student groups, civil society etc. must work synergistically towards nation building activities.

There needs to be a comprehensive stock-taking of the internal challenges and an identification of regions and sectors where there is potential. Development of socio economic infrastructure, maximum utilization of natural resources, development of entrepreneurial culture and above all extending transnational ties will determine the future of Northeast in the near future is need of the hour.