Context: According to recent survey by the government, Polar bears in Canada’s Western Hudson Bay on the southern edge of the Arctic are continuing to die in high numbers. This has consequences for all other life forms in the region. 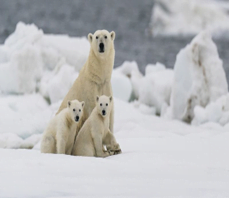 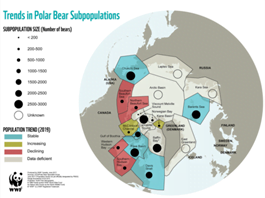 Which of the statements given above are correct? (2019)