Context: According to a new study two alien planets about 218 light years away from Earth have found a twin in the ocean worlds of Europa and Enceladus — moons orbiting Jupiter and Saturn. 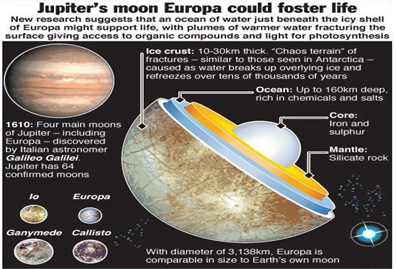 Q.1) Which one of the following is a reason why astronomical distances are measured in light-years? (2021)

Q.2) Recently, scientists observed the merger of giant ‘blackholes’ billions of light-years away from the earth. What is the significance of this observation? (2019)