Context: According to new research published recently, Mammals may have evolved in Gondwana, the southern landmass formed from the supercontinent Pangaea millions of years, rather than its northern counterpart Laurasia.

About Monotremes (The Egg-laying Mammals): 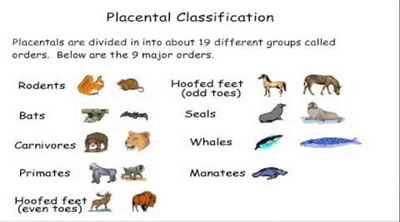 The placental animals have been divided into several orders as enumerated below:

To reduce the chance of being captured by predators, which of the above organisms rolls up/roll up and protects/protect its/their vulnerable parts? (2021)